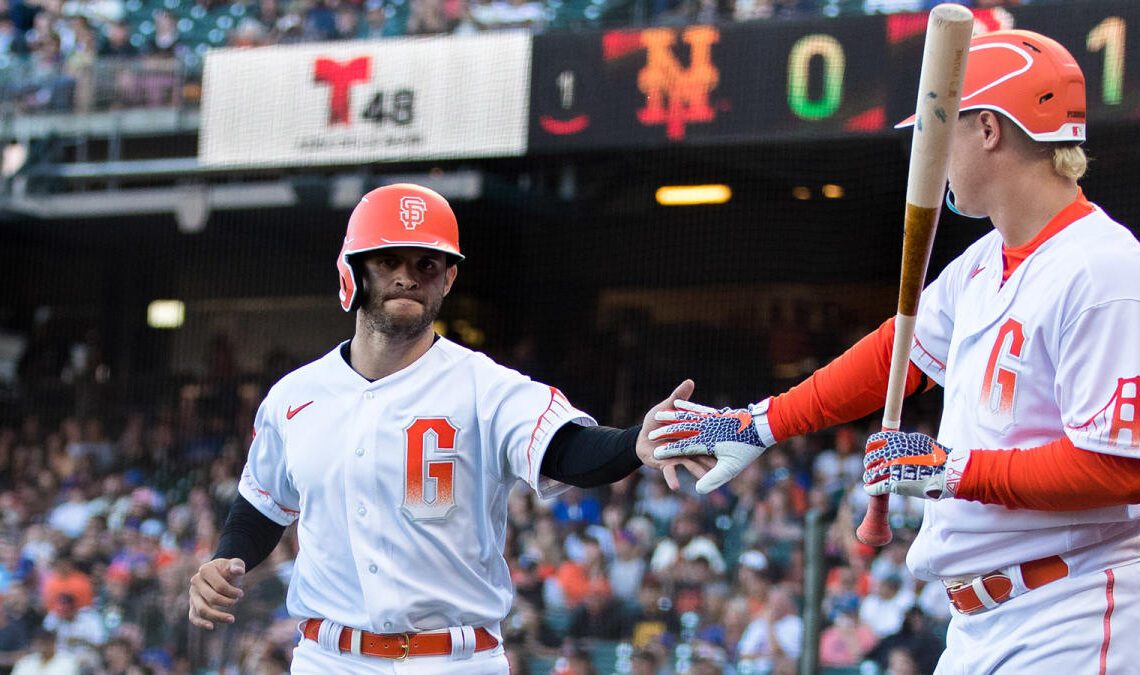 SAN FRANCISCO — The start of the Giants offseason largely has been about what to do with the veterans on the 2022 team.

The front office extended the qualifying offer to make sure Joc Pederson is back, but let Evan Longoria go. Giants president of baseball operations Farhan Zaidi has said multiple times this offseason that he plans on keeping in contact with a rehabbing Brandon Belt, but Belt isn’t the only veteran infielder who faces uncertainty about his 2023 home over the coming months.

Tommy La Stella played just 60 games and went home to rehab before last season ended. While Pederson is an outfielder, his return may have a bigger impact on La Stella than anyone else.

Pederson was one of the worst defensive left fielders in baseball last year and, as they aim to get more athletic and much better defensively, the Giants are best suited with Pederson serving as their primary DH in 2023. That means La Stella’s only meaningful path to being an option is staying on the dirt.

“It’s really important for Tommy to be able to play the field, to play not just first, but second and third, as well, which he’s done for most of his career,” Zaidi said on Tuesday. “That’s going to be really important for Tommy, for him to feel and for us to feel like he can man those positions and have that kind of multi-position infielder role on our team and not just be the DH.”

La Stella primarily served as the DH last season, making just nine starts in the field and only two at second base, where the Giants will need a left-handed option next season. He didn’t move well and the new shift rules will put an even greater emphasis on range, but the Giants are hopeful that La Stella is better equipped to play infield as he gets further away from two Achilles surgeries.

At the start of the offseason it was hard to picture the Giants carrying both Pederson and La Stella in 2023, but La Stella is owed $11.5 million in the final year of his contract, a pretty significant number to try to move or release. There is plenty of time to find a trade partner, but for now, Pederson and La Stella are both on the roster, and the Giants are hopeful that both are better defensively next season.

They’ll have to be given the current roster construction, and Zaidi said the early reports are encouraging.

“I don’t think he ever felt quite right,” he said of La Stella. “We’re continuing to monitor his…