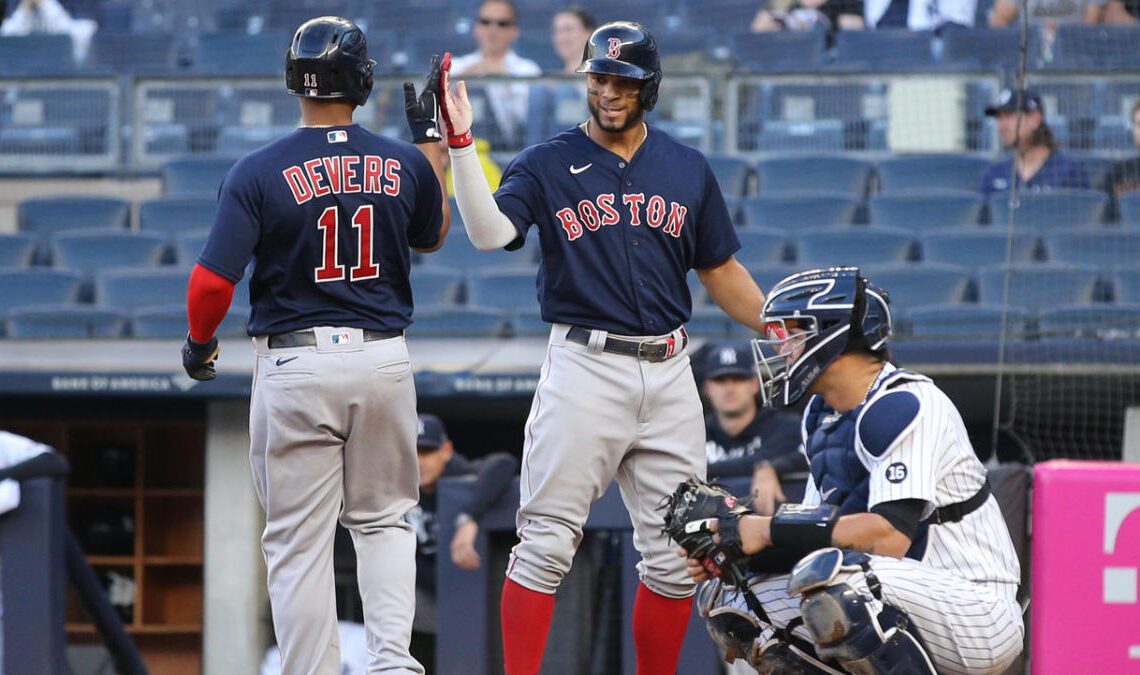 Major League Baseball on Thursday announced the Most Valuable Players for the 2022 season.

There were 30 ballots submitted by members of the Baseball Writers’ Association of America. Voters ranked their top 10 players, and a pair of Red Sox players received recognition.

Bogaerts slashed .307/.377/.456 with 15 homers and 73 RBI in his fourth All-Star campaign. He recently added his fifth Silver Slugger award to his mantle.

Devers tallied 27 homers and 88 RBI to go with a .879 OPS while earning his second All-Star nod.

The Red Sox have work to do with both of their homegrown stars this offseason. Bogaerts is a free agent for the first time in his career and Devers is scheduled to become a free agent after the 2023 campaign.