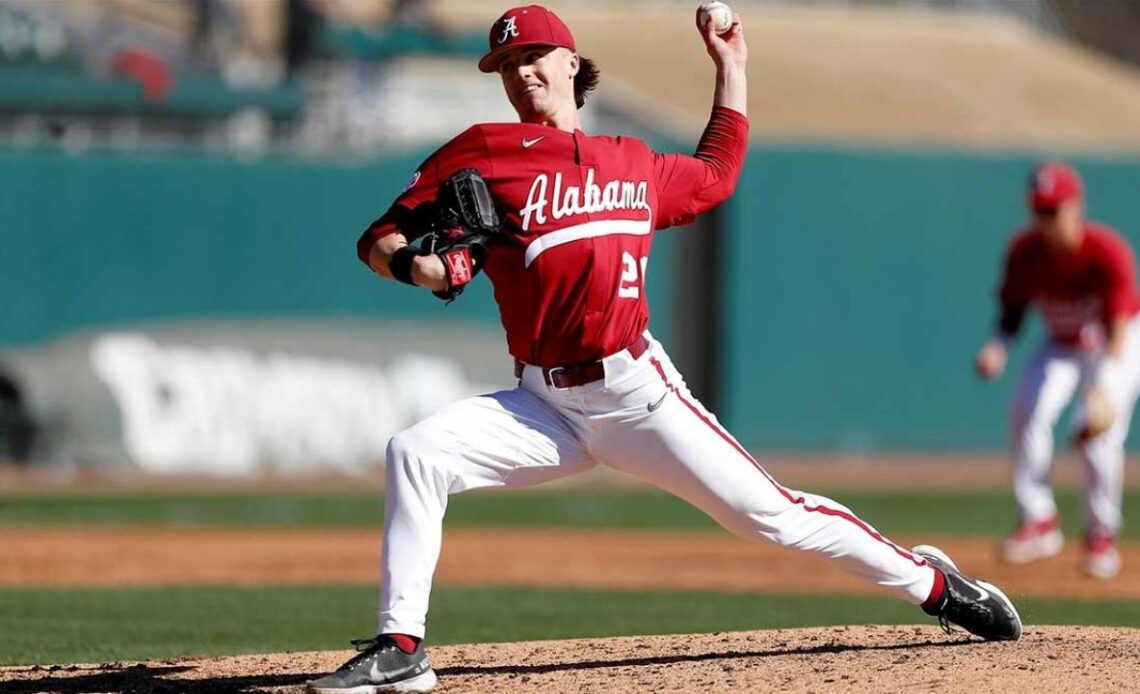 Editor’s note: The following article was published first on d1baseball.com. Use code Fall15 for a discounted subscription.

Here’s a quick look at some left handed pitchers who returned to campus this fall and greatly improved their draft stock in short order.

Sebastian Gongora, Wright State– Last spring the 6-foot-5 lefty sat 88-92 while showing average feel for his secondaries and the strike zone (31 BB in 83 IP). This fall, Gongora has upped his velocity consistently into the low-90s, while touching 95. His changeup is more advanced than his breaking ball, but both can slow bats down and keep hitters off balance. He does lack a put away pitch at this time, but overall it’s his plus pitchability that produces outs. Currently, it’s a top five round profile for next summer’s draft.

Grayson Hitt, Alabama– Far and away the leader of the Lefty Risers, the 6-foot-3, 205-pound athletic southpaw was a big name out of high school during the covid summer. However, at that point it was a stuff over pitch ability type of arm. It remained that way his freshman season in Tuscaloosa before earning a rotation spot last spring as the Sunday starter. Throughout his sophomore season, he was mostly a two pitch guy with a fastball and slider and he pitched through a lot of traffic, finishing with a 5.34 ERA in 14 starts over 60.2 innings. After 21 more innings this past summer in the Cape, he shut it down before returning to Bama this fall. The power-armed lefthander has opened eyes throughout the scouting industry with first round stuff; 93-97 mph fastball, a plus 88-89 cutter, a useful downer breaking ball that he’s always been able to land for strikes, and a solid changeup. He still hasn’t gone to the change of pace much during game action, but the pitch shows well in the pen. Currently, Hitt has shown scouts enough to project to the back half of the first round.