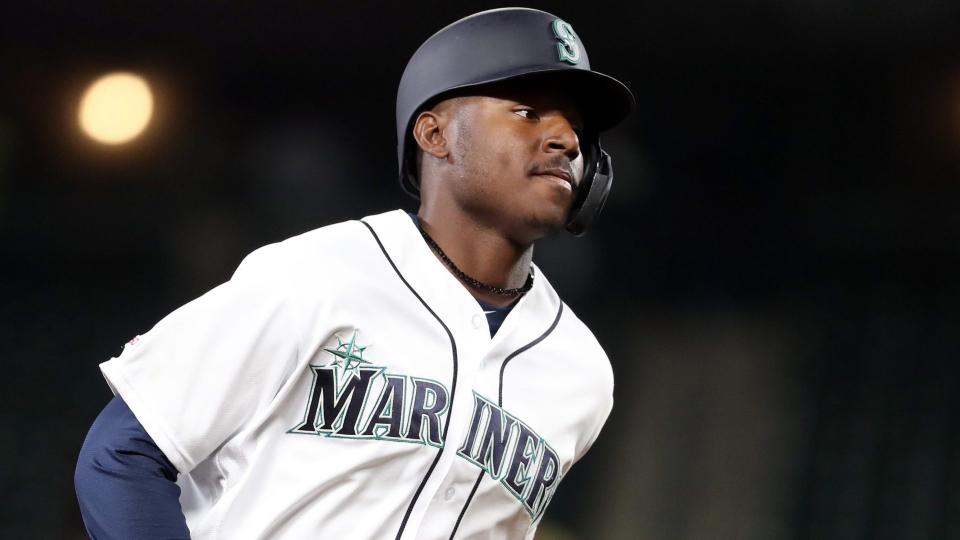 PHOENIX – The Arizona Diamondbacks acquired outfielder Kyle Lewis on Thursday, betting that the 27-year-old can regain the form that helped him become the American League’s Rookie of the Year in 2020.

The D-backs sent catcher/outfielder Cooper Hummel to the Seattle Mariners.

“We felt like he’s just a good fit for us,” Arizona general manager Mike Hazen said. “Taking a shot at some upside here with the power potential. He’s gotten on base when healthy. We feel like this is a good opportunity to acquire some potential impact.”

Lewis was an emerging star during the shortened 2020 season, batting .262 with 11 homers and 28 RBIs. He hasn’t come close to that level of production since, partly because of a right knee injury, hitting just .143 and three homers last season while spending a big chunk of the year in the minors.

Hazen envisions Lewis as a corner outfielder because the D-backs are stocked with center fielders like Alek Thomas, Jake McCarthy and Corbin Carroll.

If Lewis can rebound, he could provide some right-handed power in a left-handed heavy D-backs lineup.

Hummel – who is also 27 – just finished his rookie season, spending time in both the outfield and behind the plate. He hit .176 with three homers and 17 RBIs in 176 at-bats while splitting time between the majors and minors.

The D-backs sent Hummel to the Arizona Fall League to work on his catching after he spent much of the previous few seasons concentrating on the outfield.