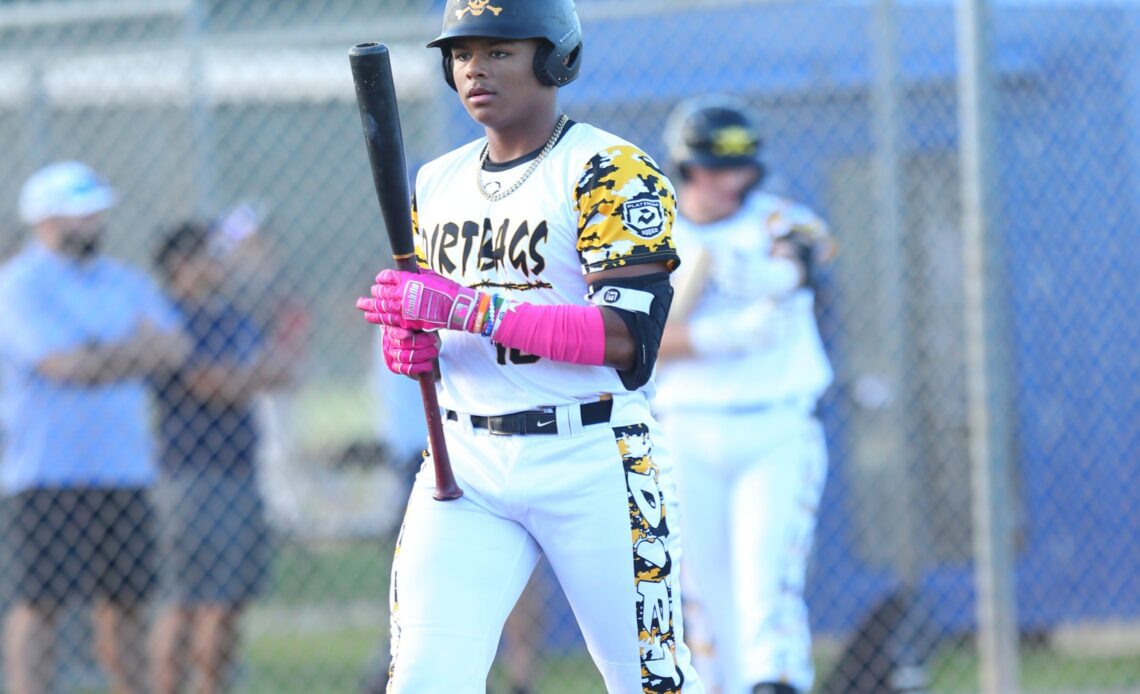 Hudson Belinsky was Baseball America’s lead draft writer from 2015-2017 before spending five years with the Arizona Diamondbacks as an area scout, covering Georgia and Northern Florida. He is the signing scout for 2022 No. 2 overall pick and the top player on BA’s draft board, OF Druw Jones.

Perfect Game’s WWBA Championship in Jupiter attracts many talented pitchers. Countless times in my career scouting in Jupiter, I’ve rolled up to a field and seen a kid with ordinary (or poor) fastball velocity and a good offspeed pitch or two who turned out to be really, really good later on—Dustin May and Chase Dollander are two recent examples who come to mind.

To put this event in context, Jupiter is usually the last event many top amateur pitchers participate in prior to shutting down for the winter months. We also see pitchers throwing in short spurts in Jupiter; their stuff can (and often does) look very different when they are in a starting role in their official high school seasons.

In some cases young pitchers are worn out, don’t have a routine, or are off of their routine at the end of a long season. For a pitcher, proper warmup, rest and recovery are essential, and the nature of fall travel baseball makes proper nutrition another challenge that holds young pitchers back. The opposite can also be true—sometimes pitchers struggle to maintain their routines when they get away from the structure that their travel program provides in the summer and fall.

Jupiter is one piece of the puzzle. It’s a useful event for organizing targets and determining which “on the bubble” high school pitchers warrant further looks and consideration heading into the spring. It’s not definitive in determining a pitcher’s draft stock, but it can lead to a pitcher being scouted much earlier the following spring. Here, we’ll break down some pitchers who showed promising traits in Jupiter. To varying degrees, each of these players will receive some professional consideration coming out of high school.

Chance Mako (East Rowan HS, Salisbury, N.C.) showed impressive stuff, stamina and athleticism. He’s got a lot of traits that teams look for in starting pitching prospects. The North Carolina State recruit has a loose, fluid arm action and an ultra-projectable 6-foot-6 frame. Many young pitchers of that height struggle to repeat their deliveries, leading to inconsistent location and movement. The ability for a pitcher to stay coordinated and get their body into the…