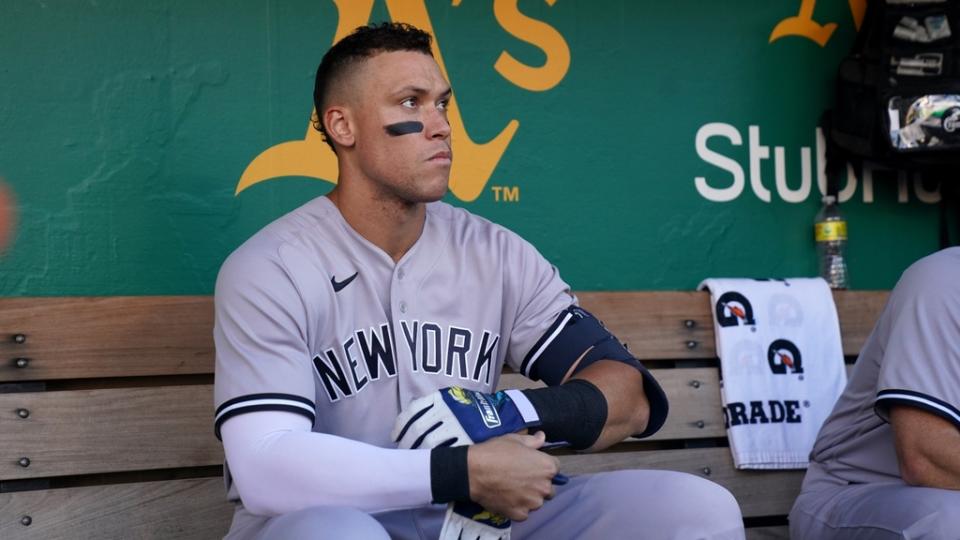 The biggest offseason question mark for the Yankees is the status of Aaron Judge.

With Judge rejecting the team’s qualifying offer to test free agency, and most if not all teams looking for his services, can the Yankees bring back the new American League single-season home run king back into their ranks?

Judge winning the 2022 AL MVP award definitely helped his stock on the market, but to Yankees GM Brian Cashman that didn’t put any more “pressure” on the franchise to go and get a deal done with the slugger.

“I don’t think there’s more pressure on us than there already is,” Cashman said at the annual Covenant House charity event Thursday. “Whether he won the award or not, the season he’s had, he’s been our leader and best player. We definitely feel the pressure and rightfully so. He bet on himself this spring and it paid off.

“We had the magic carpet ride regular season with him doing what he did and we wish we could have gotten farther in the postseason, but there is still work to be done and we would like to do that together with him, which means continuing to pursue that World Series dream… And we want Aaron Judge to be a part of that. If he’s willing and we can find common ground, despite the competition, there is more work to be done together.”

Judge declined the Yankees’ seven-year, $213.5 million contract before Opening Day and went on to have an historic season.

Along with the record-setting 62 home runs, Judge drove in 131 RBI and hit for a .311 batting average to lead the Yankees to another AL East division crown and a spot in the postseason. While the team had an earlier exit than they wanted, Judge was clearly the best player in the league this past season.

Judge will now command more money — and perhaps years — than what the Yankees originally offered. And while Cashman and Yankees principal owner Hal Steinbrenner have said they’ve spoken to Judge and his team since the season ended, we now know the team has offered him another deal.

“It’s in real time. We’re on the clock. We’re certainly not going to mess around. We made another offer since spring training,” Cashman said.

“I had some positive talks with Hal,” Judge told MLB.com’s Bryan Hoch about his free agency. “I’m looking forward to getting this free agency process started.

“For me, I want to win. I’ve come pretty close with the Yankees. … My ultimate, most important…