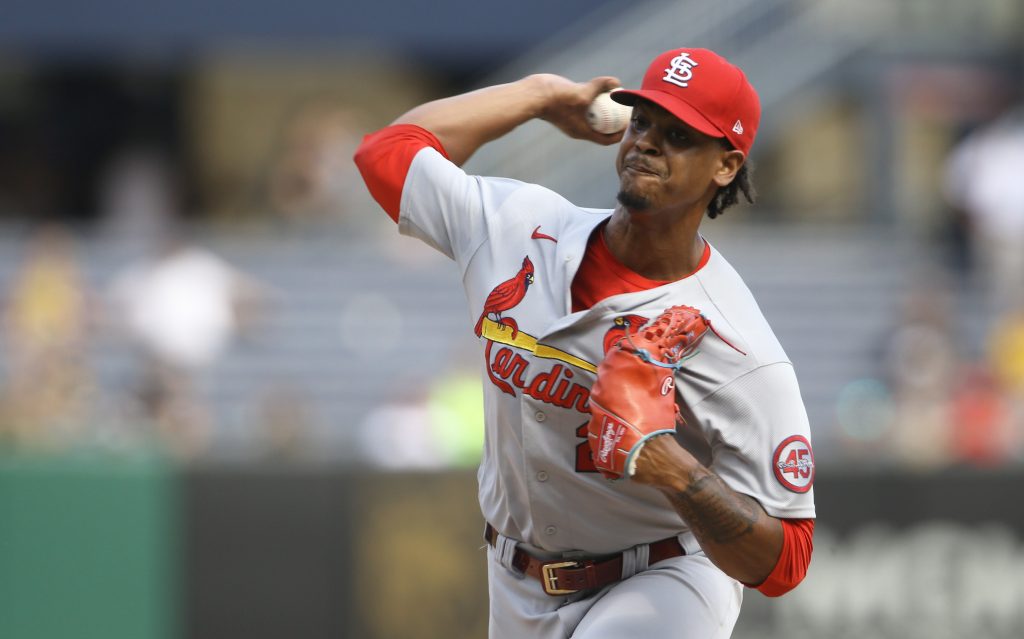 The Cardinals announced they’re not tendering a contract to right-hander Alex Reyes or outfielder Ben DeLuzio. Both players head to free agency. MLBTR contributor Matt Swartz had predicted a $2.85MM arbitration salary for Reyes, while DeLuzio is not eligible for arbitration.

After blowing away minor league batters, he made his big league debut in 2016 and didn’t disappoint. The then-21-year-old tossed 46 innings of 1.57 ERA ball, giving up just one home run and striking out batters 27.5% of the time. He looked every bit a major league pitcher, and looked certain to be a atop Cardinal rotations for many years to come.

Tommy John surgery prior would wipe out his 2017 campaign, but he looked like he was back to his best on minor league rehab stints in 2018, striking out 44 batters across 23 innings and four starts. Yet disaster would strike after Reyes was activated, as he went down just four innings into his first start back, and eventually undergoing season-ending surgery on a torn tendon in his lat.

He’d return in 2019, but walked six batters in three innings and was immediately optioned to the minor leagues. That began yet another injury-plagued year and Reyes would only add 37 1/3 innings of 6.03 ERA ball in the minors, as he again spent most of the season on the injured list.

The Cardinals brought him back in 2020, but now opted to utilize him out of the bullpen. While the walks were still a concern (16.3%), Reyes posted the best season since his 2016 effort, tossing 19 2/3 innings of 3.20 ERA ball, striking out batters 31.2% of the time. He followed that up with a lights out start to the 2021 campaign, pitching to a 1.52 ERA as St Louis’ closer and earning a trip to the All Star game. The second half was a different story though, and Reyes was dropped from the closer role and wound up with a dismal 5.52 second half ERA.

Injury problems returned again in 2022, and Reyes underwent season-ending shoulder surgery in May wiping out his season and leading the Cardinals to move on from him today. As it went, that rookie season accounted for 1.3 of his career 1.7 fWAR, an unfortunate return for a player who…