Cody Bellinger is a free agent. While it’s unlikely, he could still return to Dodgers 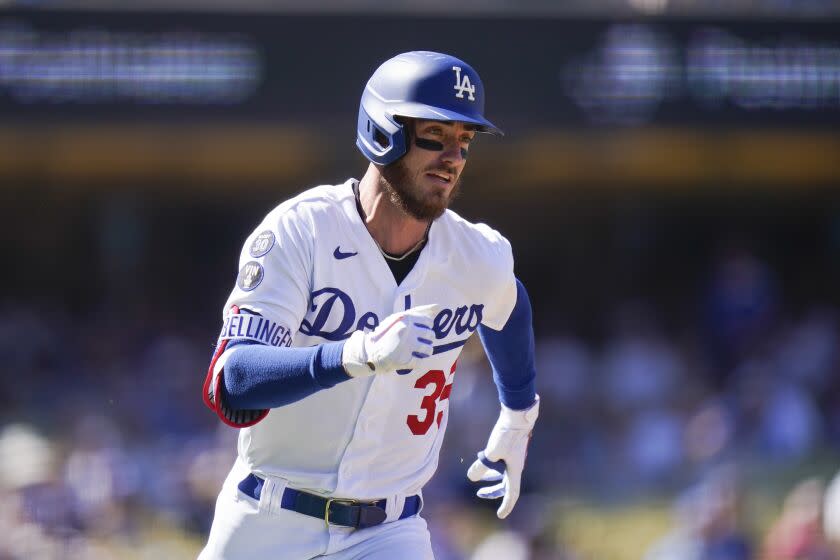 The Dodgers had until 5 p.m. Friday to decide whether to tender Cody Bellinger, the 2019 National League MVP, a contract for the 2023 season.

It shouldn’t have been much of a decision. Bellinger won that MVP award, solidifying his standing as a superstar, three years ago this week. He’s 27 years old. This is the physical prime of his career. Choosing to keep him should’ve been a formality.

But Bellinger has strayed so far from that peak over the last three seasons that the Dodgers weren’t sure if he was worth paying what he was expected to earn through arbitration in 2023.

In the end, the Dodgers decided Bellinger strayed too far off and didn’t tender him a contract for next season, making him a free agent. The club also did not tender contracts to outfielder Luke Williams and infielder Edwin Ríos.

Bellinger, who made $17 million in 2022, was projected to receive an $18-million salary for 2023 through arbitration, according to MLB Trade Rumors. Rarely do players receive a pay cut through the arbitration process even after objectively poor seasons.

The Dodgers could still sign Bellinger this offseason, but they’ll now have to bid against the 29 other clubs in free agency.

The team had two other options for Bellinger before Friday’s deadline: trading him or signing him to a contract at a reduced price to avoid arbitration.

Other clubs view Bellinger’s potential as enticing. They visualize an elite talent they could get right two years removed from major shoulder surgery. But they weren’t willing to give up much in a trade to pay Bellinger $18 million next season when they could just wait to sign him in free agency.

A contract before the deadline was always unlikely; Bellinger should have multiple suitors competing for his services as a free agent.

Center field was one of the thinnest positions in the majors in 2022. Remove Aaron Judge — who only played center field for the New York Yankees out of necessity and likely will return to right field next season — and Brandon Nimmo’s 5.4 fWAR was the highest at the position. That ranked 20th overall. Seattle Mariners rookie Julio Rodríguez was second among center fielders.

Nimmo, who has never been an All-Star, is expected to…