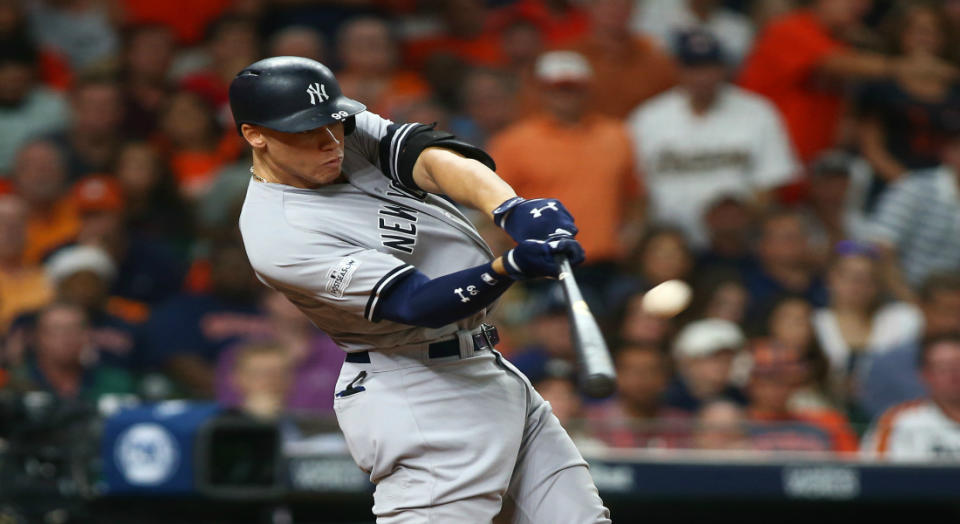 Aaron Judge, the former Fresno State Bulldog was just named MVP, completing a season so spectacular that the word “historic” might even be a bit of an understatement

With 28 first-place votes and two second-place votes, the near-unanimous MVP left little doubt about his value this season. But this wasn’t just any MVP year. Judge started the season by taking a high-stakes flyer on himself, then, facing one of the most formidable opponents baseball has ever seen, shattered records on his way to the MVP award.

Judge, a northern-California native, played three seasons for the Bulldogs. While there, he was a three-time first-team all-conference player and he helped guide Fresno State from the WAC into the Mountain West before being drafted by the New York Yankees with the 32nd pick of the 2013 draft.

His habit of collecting accolades began as a freshman. In his debut season, Judge was named a Freshman All-American, WAC Freshman of the Year, and made first-team All-WAC. From there, hardware became habit. Over the course of his next two campaigns, he participated in and won the College Home Run Derby, led his team to a WAC tournament championship, was named first-team All-WAC for a second time, then first-team All-WAC.

Judge isn’t allowed to gamble on sports, but by way of salary negotiations, he placed a massive wager on himself. He is still waiting to cash out, but it appears he hit the jackpot.

Prior to his MVP season, Judge was offered a seven-year, $213.5 million contract extension by the Yankees. This would have given him the second-highest annual salary of any outfielder in the league. Judge didn’t think it was enough.

In an age of increasing player empowerment, it would not be hard to imagine a scenario in which a jaded all-star refuses to play for his current team on the basis of compensation disagreements and sits out for some or most of a contract year. Instead, Judge…