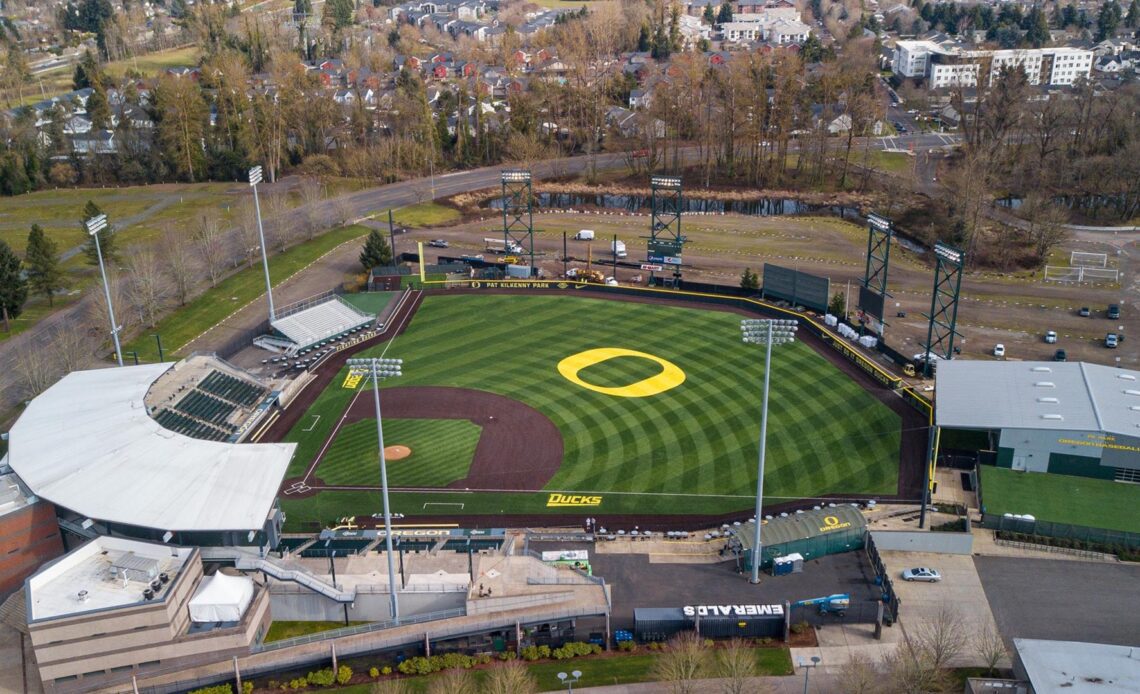 The field consists of Ducks that played between 2009 and 2021 and includes both former pitchers and hitters. A pair of Major League Baseball hurlers highlight the field with David Peterson (New York Mets) and Jake Reed (Los Angeles Dodgers/New York Mets/Baltimore Orioles) taking part in the derby. Gabe Matthews and Kenyon Yovan highlight the former sluggers competing for the crown. Yovan ranks fourth all-time in career home runs at Oregon with 24, while Matthews is fifth with 22.

The home run derby begins at 2 p.m. at PK Park. Ducks’ fans are invited to attend and bring their own snacks and beverages as part of their football tailgating experience before the Oregon vs. Utah football game.

Robert Ahlstrom (2019-21)
Ahlstrom spent three seasons in a Ducks uniform earning first-team All-Pac-12 Conference as a starting pitcher in 2021. The Ducks’ lefty also claimed ABCA/Rawlings second-team All-West Region honors after finishing the year with a 9-3 record and a 2.50 ERA while also earning Pac-12 All-Defensive Team honors.  Ahlstrom was picked in the seventh round of the 2021 MLB Draft by the New York Yankees and then traded to the Texas Rangers. He ended the 2022 season with the High-A Hickory Crawdads.

Jake Bennett (2016-17)
Bennett spent two season at Oregon after transferring from Western Nevada College. Bennett started 95 games during his two seasons in Eugene, including all 55 as a senior. The Forest Grove native earned honorable mention All-Pac-12 honors as a junior after leading the Ducks in batting average and on-base percentage while starting the final 39 games of the season.

Hunter Breault (2018-2021)
Breault spent four seasons with the Ducks culminating in a trip to the NCAA Eugene Regional in 2021. The Hawaii native was a key component in the back end of Oregon’s bullpen during the 2020 and 2021 seasons making 22 of his 50 career appearances. Breault was selected in the 20th round of the 2021 MLB Draft by the Oakland A’s and spent this summer playing for the Single-A Stockton Ports.