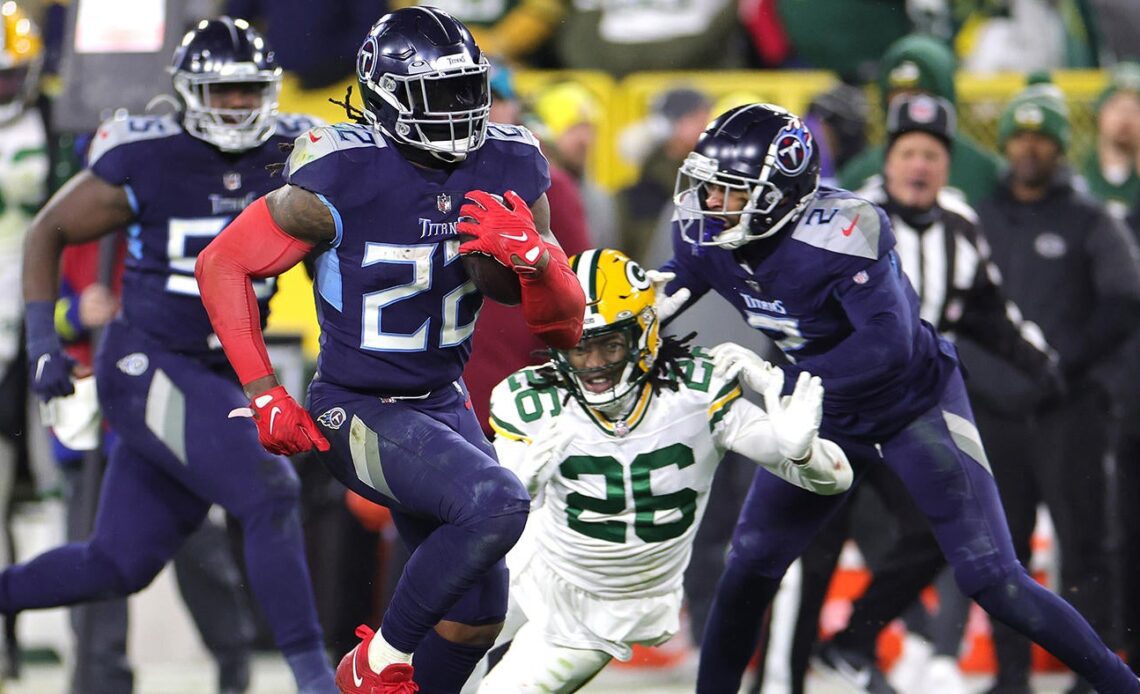 If you’re still underrating the Titans, I don’t know what more they can do to convince you. Tennessee beat Green Bay, 27-17, Thursday for its seventh win in eight games, and, as they do it so often, they did it on their terms.

If you can’t stop Henry — and many teams can’t — the Titans will feed him. That helps Tannehill play efficient football. The Titans have the second-best red zone offense this year, and the defense is very solid. Combine it all, and the Titans are a team no one will want to face down the stretch or in the playoffs.

… AND ALSO A GOOD MORNING TO AARON JUDGE AND PAUL GOLDSCHMIDT

All rise, Yankees fans… and hope it’s not for the last time. Aaron Judge was named AL MVP on Thursday, receiving 28 of 30 first-place votes. Shohei Ohtani received the other two after yet another historic season.

Judge, of course, is a free agent. Whether he returns to the Bronx remains to be determined, but GM Brian Cashman said the team has made offers to Judge. Whatever contract Judge signs will be a big one, though there are many reasons why it may not age well. That doesn’t matter, writes MLB expert Mike Axisa.

On the NL side, Paul Goldschmidt won his first career MVP award. He received 22 first-place votes, while Manny Machado got seven and Nolan Arenado got one. It’s the 21st MVP award in Cardinals history and first since Albert Pujols in 2009. Our MLB expert Matt Snyder says the hardware is a huge boost for Goldschmidt’s Hall-of-Fame chances.

AARON RODGERS AND THE