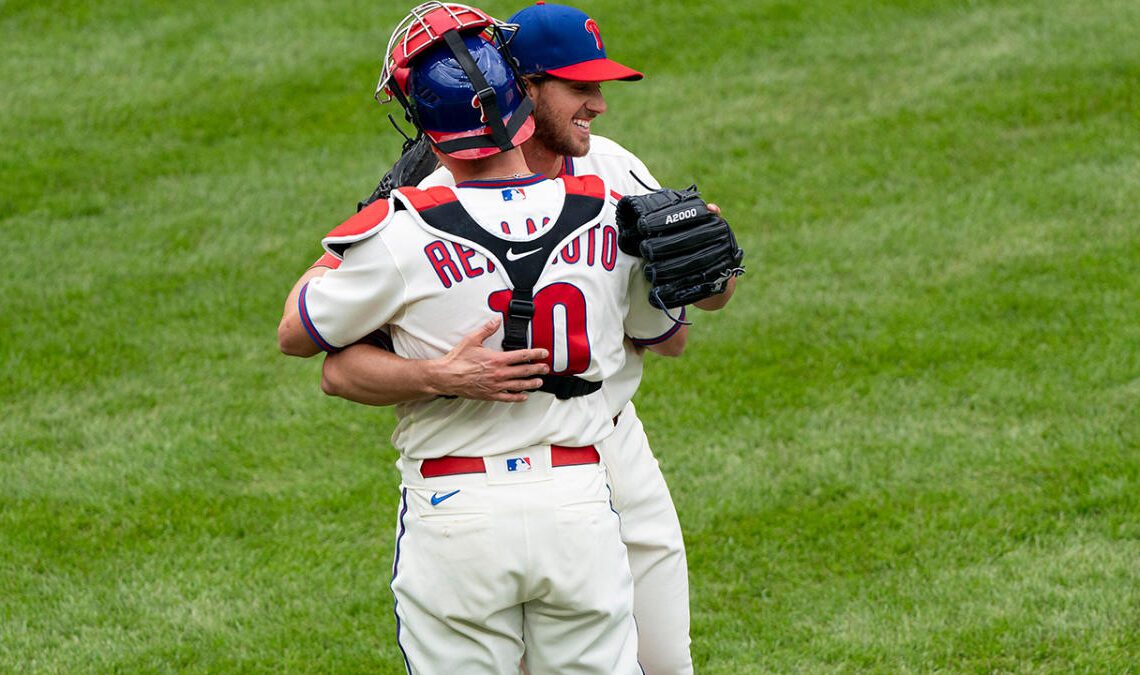 Judge’s case was clearer than Goldschmidt’s. The Cardinals’ first baseman was locked in at the plate from opening day through the end of August but slumped in September, along with fellow MVP candidate Nolan Arenado. The funk those two found themselves in late contributed to the Phillies upsetting the Cardinals in a best-of-three wild-card playoff series in St. Louis.

Still, the body of work Goldschmidt had put together over the regular season’s first five months earned him his first MVP award. He received 22 of 30 first-place votes, with runner-up Manny Machado getting six and third-place finisher Arenado receiving one.

Two Phillies players received MVP votes. J.T. Realmuto placed seventh on the ballot, by far the highest finish of his career. Realmuto had received votes only once prior, finishing 14th. Realmuto appeared on 26 of 30 ballots, coming in fifth or sixth on 14 of them.

It was, however, the most impactful season of Realmuto’s nine-year career behind the plate and on the basepaths, so it was his best from an all-around perspective. He stole 21 bases in 22 opportunities, not getting caught until his final attempt in Game 160. He threw out base-stealers at nearly double the rate of the league average and was charged with just two passed balls despite catching 127 more innings and 14 more full games than any catcher in the majors.

Kyle Schwarber appeared further down the ballot, placing 16th with one ninth-place vote that came from the Los Angeles chapter of the Baseball Writers’ Association of America. Schwarber led the National League with 46 homers and helped will the Phillies to the playoffs with important homers early and late, along with major power throughout the month of June and in Bryce Harper‘s absence.