Louisville Baseball Set to Wrap Up Fall with Omaha Challenge 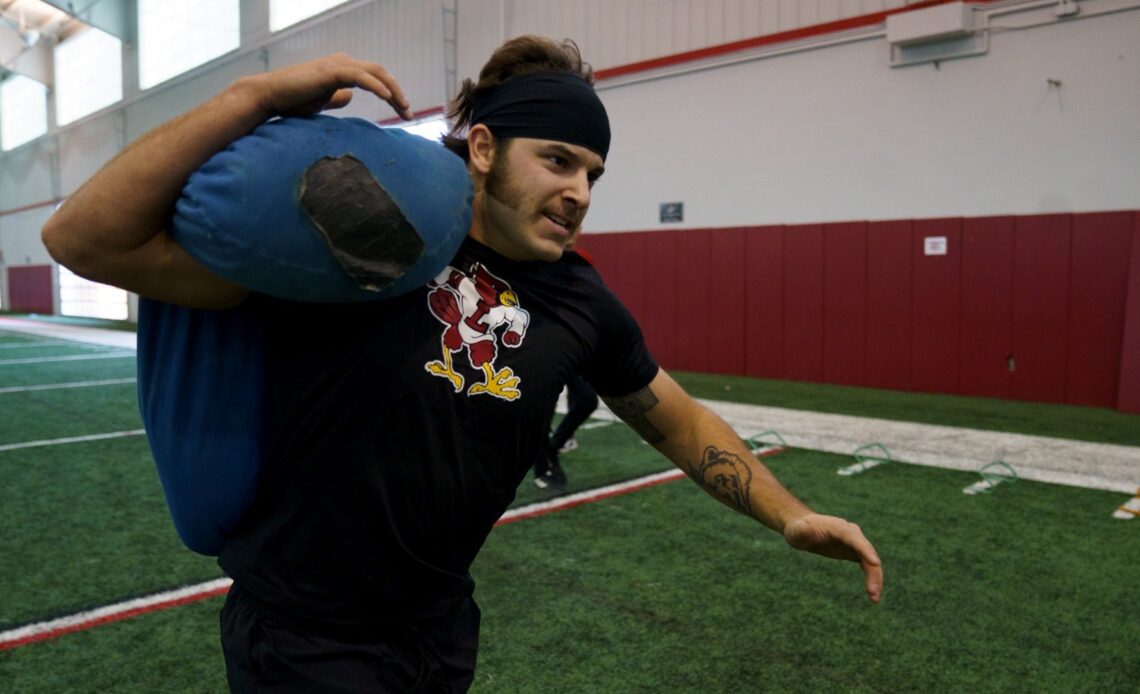 
LOUISVILLE, Ky. – The 17th annual University of Louisville Omaha Challenge got underway on Thursday to wrap up the fall semester for the Cardinals.

Christian Knapczyk (Red Team) and JT Benson (Black Team) are serving as the team captains for the annual competition that began on Thursday afternoon with squat testing. It continues Friday afternoon with the bike race team event.

Following the weekend, the Omaha Challenge resumes with the shuttle run, truck push and basketball on Monday and Tuesday before the team departs for the Thanksgiving holiday.

After the break, the Cardinals jump back in on Monday, Nov. 28 with the tug-of-war, dodgeball, tire flip and towel hang before wrapping up the competition with swimming and the individual medley the following day.

Following the competition, team and individual winners will be crowned by Louisville head coach Dan McDonnell.

ABOUT THE OMAHA CHALLENGE
Soon after being hired to lead the Cardinals, McDonnell introduced an intense test of physical and mental stamina during his first fall at the University of Louisville with what he refers to as the Omaha Challenge. Two captains are selected and teams are drafted to compete against one another in a series of events testing the athleticism of the teams and the individuals, with a team crown and an individual champion to be named at the conclusion. Sports performance coach Rance Terry oversees the intense competition, while also motivating his charges to extend themselves to their limits.