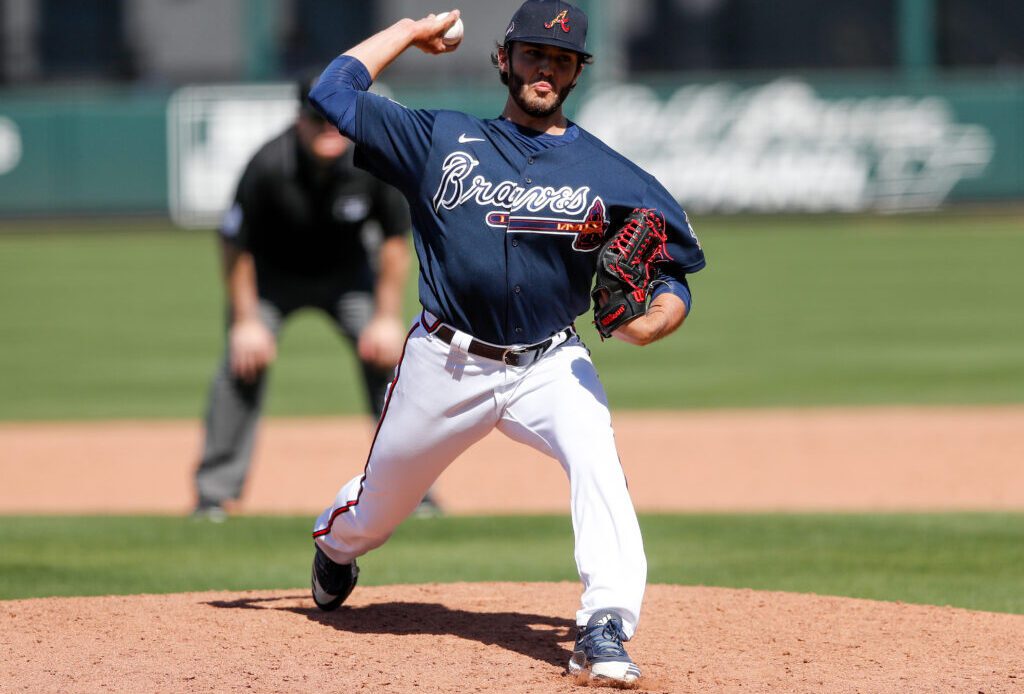 The Mets have claimed right-hander William Woods off waivers from the Braves, per announcements from both clubs. Atlanta had designated Woods for assignment earlier in the week.

Woods, 23, tossed a pair of scoreless innings in his big league debut this season but was torched for a 6.04 ERA in 25 1/3 innings across three minor league levels as well. The former 23rd-rounder also gave up a dozen runs in 12 2/3 innings during this year’s Arizona Fall League.

Forearm and ankle injuries have limited Woods’ time on the mound across the past two seasons, and he was of course unable to pitch competitively in 2020 thanks to the canceled minor league season. His 2019 campaign showed a good bit of promise, as he tossed 51 innings of 3.35 ERA ball with a 26.6% strikeout rate in Class-A, though Woods also walked 13.3% of the hitters he faced that season.

Baseball America ranked Woods 21st and 25th in the Braves’ system over the past two seasons, noting that in single-inning stints his fastball can reach 100 mph. That pitch is complemented by a slider and changeup that, at times, look like potential above-average offerings.

Woods is the latest in a growing line of arms the Mets are stockpiling as they look to cultivate some depth in the upper minors. In addition to Woods, the Mets have claimed righty Stephen Ridings from the Yankees and acquired right-handers Elieser Hernandez and Jeff Brigham in a trade with the Marlins — all in the course of the past 72 hours. All four of those pitchers have minor league options remaining, which is surely key for the Mets.

It’s unlikely that any of that newly acquired quartet is viewed as a lock to make next year’s Opening Day roster, but Hernandez provides some depth at a time when Jacob deGrom, Chris Bassitt and Taijuan Walker are all free agents. Meanwhile, the trio of Ridings, Brigham and now Woods create some optionable bullpen depth to a Mets club that has re-signed Edwin Diaz but has also seen each of Adam Ottavino, Seth Lugo, Trevor May, Trevor Williams, Joely Rodriguez and Mychal Givens reach the open market.