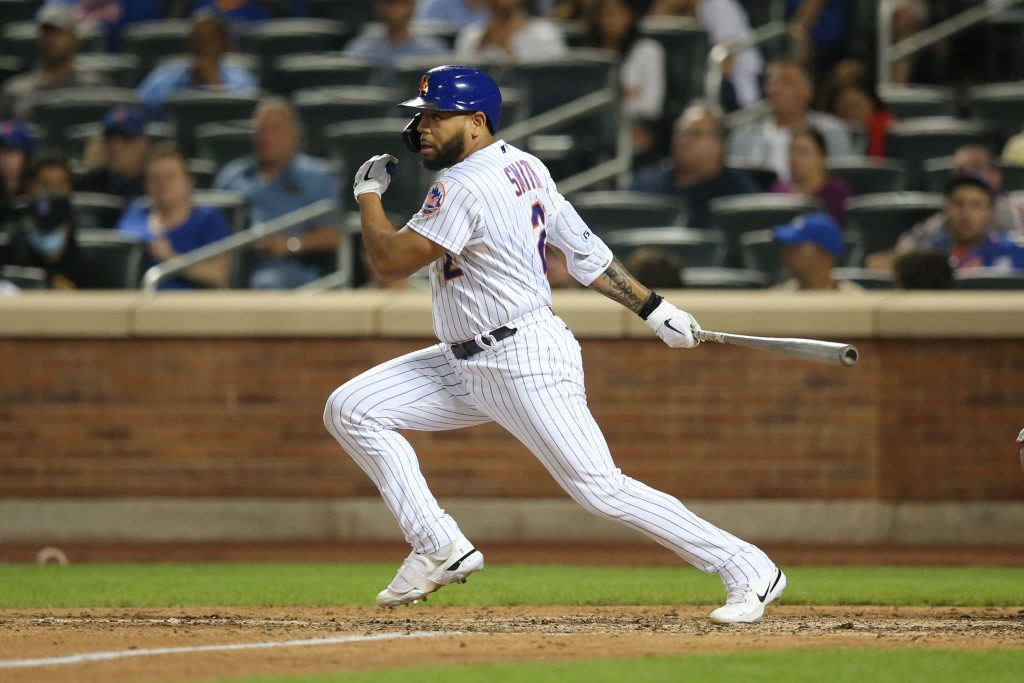 The Mets are expected to non-tender first baseman/outfielder Dominic Smith prior to tonight’s deadline, according to Anthony DiComo of MLB.com.

The news is not shocking now though it would have been two years ago. Smith was a first round draft pick, selected 11th overall by the Mets in 2013. He was one Baseball America’s list of top 100 prospects in the league in 2014, 2016 and 2017. In 2019 and 2020, he delivered on that hype by hitting .299/.366/.571 for a wRC+ of 150 over 139 games. The only problem was that Pete Alonso burst onto the scene at the same time, taking over Smith’s natural first base position. That forced Smith into left field, a position that he wasn’t well-suited to play. His poor work out there on the grass took some of the value away from his strong performance at the plate.

MLBTR contributor Matt Swartz projected Smith for an arbitration salary of $4MM but it seems the Mets aren’t willing to pay that kind of money for him. If it indeed comes to pass that he is non-tendered, he will make for an intriguing addition to the first base free agent market. It seems like his bat might still be in there and a team willing to give him regular playing time could benefit, especially if they can put him back at his natural home of first base. He has between four and five years of MLB service time, meaning he could be retained for 2024 via arbitration if he has a successful season somewhere in 2023. Once a free agent, he would be competing for jobs with the likes of Jose Abreu, Josh Bell, Trey Mancini and Yuli Gurriel.