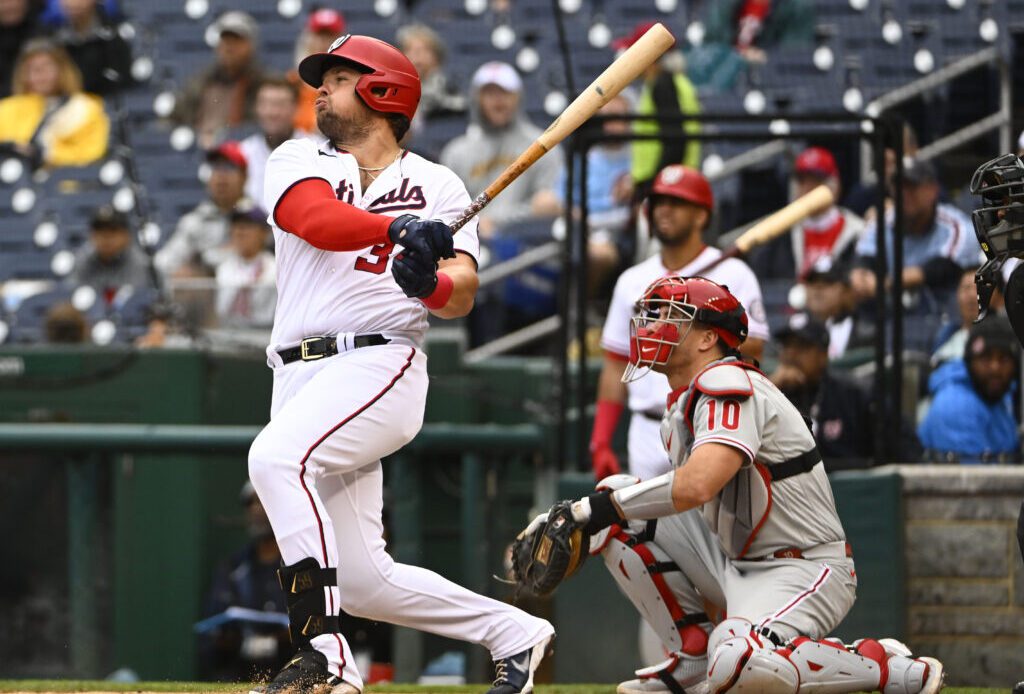 The Nationals are planning to non-tender first baseman Luke Voit and right-hander Erick Fedde, according to Jesse Dougherty of The Washington Post.

Voit, 32 in February, has been on quite the roller coaster over the past few years. Drafted and developed by the Cardinals, he went to the Yankees in a deadline deal in 2018 with Giovanny Gallegos and Chasen Shreve going the other way. There was a period where that seemed like a steal for the Yankees, as Voit hit 14 home runs in just 39 games after the deal in 2018. He followed that up with a generally solid 2019 campaign that saw him hit 21 long balls and slash .263/.378/.464 for a wRC+ of 126. In the pandemic-shortened 2020 season, he somehow hit more home runs than the year prior, getting to 22, the most of anyone in the majors that year.

In 2021, however, he dealt with knee injuries for much of the campaign and only got into 68 contests. The club acquired Anthony Rizzo at the deadline to take over first base duties and then traded Voit to the Padres in the offseason. With San Diego, he posted a serviceable line of .225/.317/.416 for a wRC+ of 110, above league average but below his previous production. As the trade deadline neared, the Friars reportedly agreed to include Eric Hosmer in the trade that was to send Juan Soto and Josh Bell to San Diego. However, Hosmer used his limited no-trade clause to block the deal and the Padres sent Voit to Washington instead. After the deal, he hit .228/.295/.381 for a wRC+ of 90.

Voit initially qualified for arbitration as a Super Two player after 2020, meaning he was set to go through the process for a third time this winter. Because of his tremendous power, he earned a $4.7MM salary in 2021 and $5.25MM in 2022. MLBTR contributor Matt Swartz projected a raise to $8.2MM next year, but it appears the Nats aren’t willing to meet that price.

Voit will now become a free agent, joining a first base free agent market topped by names like Jose Abreu, Josh Bell, Trey Mancini and Yuli Gurriel. Given his tremendous power, Voit will surely garner some level of interest. But he’s a one-dimensional contributor, having never been considered a strong defender or a burner on the basepaths.

As for Fedde, 30 in February, he was a first-round draft choice of the club back in 2014. He appeared on Baseball America’s Top 100 list in three straight years beginning in 2015. Unfortunately, he hasn’t been able to deliver on that hype so far, posting a 5.41 ERA in 454 1/3 innings…