The Angels already have a third baseman. So why did they acquire Gio Urshela? 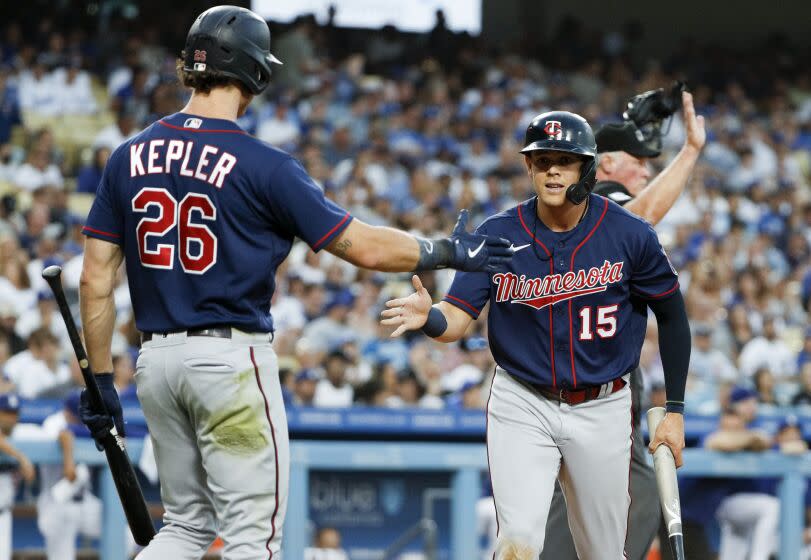 The Angels have a new infielder on their roster.

Gio Urshela, who has played third base and shortstop, was traded Friday to the Angels from the Minnesota Twins in exchange for minor league pitcher Alejandro Hidalgo. The Angels designated pitcher Jhonathan Diaz for assignment to make room for Urshela on the 40-man roster.

In signing Urshela, the Angels addressed at least one of the big problems they had through much of this past season: major league-level depth at third base and shortstop, with the ability to also play first base, and a proven offense.

Amid the various injuries throughout the 2022 season, the Angels often found themselves without a viable third baseman, sometimes scrounging for a first baseman, and at the end of the season, missing one of their best shortstops.

The roster, as it currently is shaping up, will have a healthy Anthony Rendon back at third base. Third base is Urshela’s best position, but the Angels plan to use him as an everyday player. General manager Perry Minasian hinted that they plan to use Urshela as a first baseman, but in getting him they still add to the depth of those other needs they had in 2022.

“We’re protecting ourselves in a lot of different spots,” Minasian said at a Zoom conference after the Angels announced the trade. “This is a really good player. … The ability to add a player of this caliber and add him to the group of infielders we currently have, we thought, was the right move.”

The Angels are not finished upgrading their roster. Minasian reiterated Friday that they are still trying to address the lack of depth in the outfield.

Last season with the Twins, Urshela had career highs in hits (143) and walks (41) in 144 games, the most he’s played in a season. Urshela finished the season batting .285 with a .767 on-base-plus-slugging rate. He had a particularly good second half, batting .317, which ranked 11th in the American League.

“We led baseball in strikeouts [last season] and we’re trying to find more contact,” Minasian said, “and this is a player that has the ability to put the ball in play and produce offensively and show some versatility.”

Urshela, who is from Cartagena,…