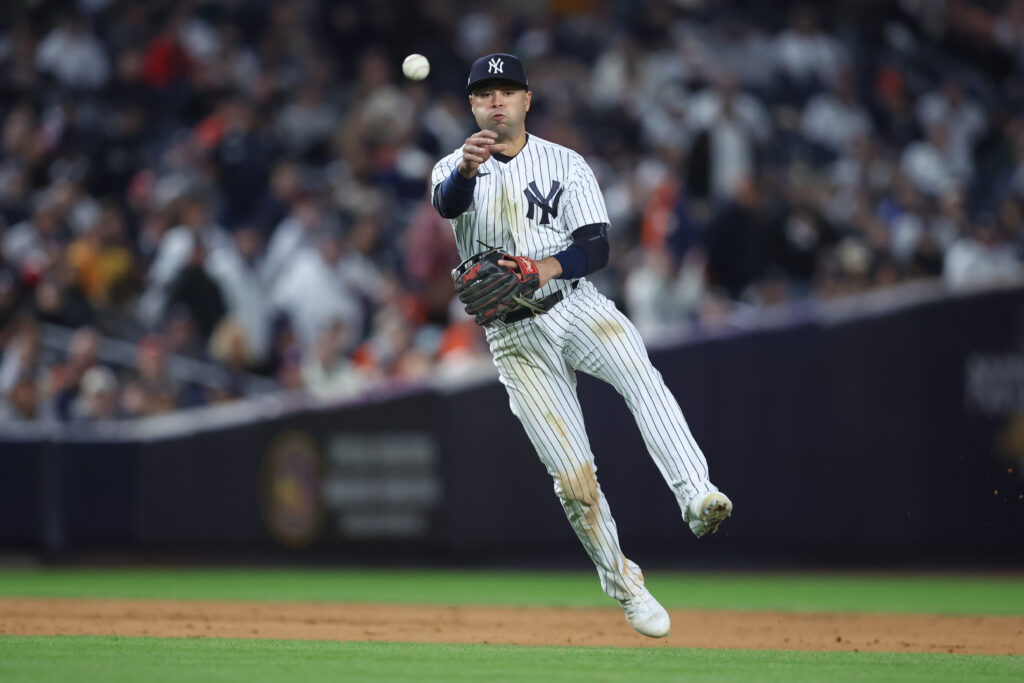 The Yankees and shortstop Isiah Kiner-Falefa have avoided arbitration by agreeing to a one-year, $6MM deal, per Robert Murray of FanSided.

The Yankees were expected to be big players in last year’s free agent shortstop sweepstakes, for fairly logical reasons. First of all, they had given up on Gleyber Torres taking over the position, bumping him to second base. Secondly, there was a huge crop of exciting free agents, which included Corey Seager, Carlos Correa, Trevor Story, Javier Baez and Marcus Semien. However, reports indicated that the Yanks liked their shortstop prospects and just wanted to find a placeholder for 2022.

To that end, they acquired Kiner-Falefa, a defensive specialist with a below-average bat and two years of arbitration control remaining. The idea went according to plan, to a degree. Kiner-Falefa posted 10 Defensive Runs Saved at short as the club vastly improved its overall defense, at least by that metric. Their 129 DRS was easily the best in baseball, as the Dodgers came second with 84. Outs Above Average and Ultimate Zone Rating were a bit less enthusiastic about the work of Kiner-Falefa and the team as a whole, but they still achieved their goal of being better at run prevention. Their 3.5 runs allowed per game was their lowest since 1981.

IKF’s bat was still below league average, as he hit .261/.314/.327 for a wRC+ of 85. That’s 15% below league average but roughly in line with his previous work. The Yanks surely would have loved for him to take a step forward but they probably didn’t expect him to suddenly become a middle-of-the-order slugger.

Nonetheless, there were some reasons to think that a non-tender or a trade would be possible. For one thing, those aforementioned prospects that IKF was a placeholder for, they got one year closer to taking over. Oswald Peraza and Anthony Volpe were considered the two prime candidates to be the shortstop of the future in the Bronx, but they still needed more time coming into 2022. Peraza had only played eight Triple-A games coming into the year, but he added another 99 this year and also got into 18 MLB games. Volpe  finished 2021 at High-A but got into 110 Double-A games in 2022 and then was promoted to Triple-A for 22 more contests. Adding to the crowded dance floor, Oswaldo Cabrera cracked the majors and played well in 44 games. He bounced around and seems ticketed for a utility role, but that’s another shortstop option in the mix.

Kiner-Falefa also seemed to fall out of…