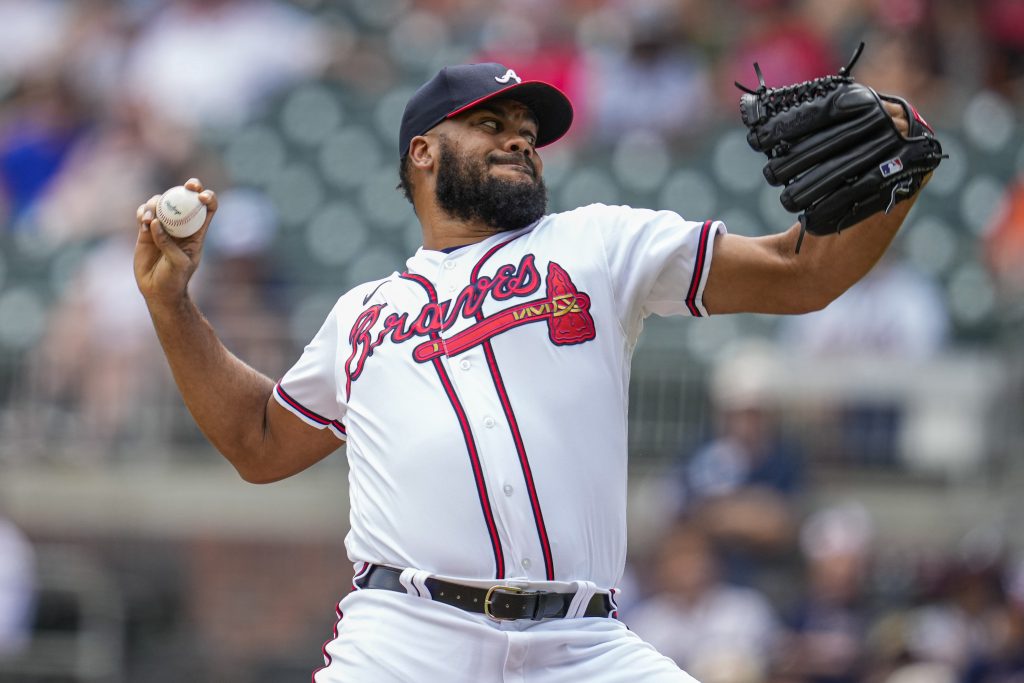 Kenley Jansen has drawn interest from the Giants, MLB Network’s Jon Morosi reports (Twitter link).  The veteran reliever is a free agent for the second straight winter, after signing a one-year, $16MM deal with the Braves last offseason.

There is plenty of familiarity between Jansen and the Giants, and not only because San Francisco spent 12 seasons in direct competition with the closer back when Jansen pitched with the Dodgers.  As Morosi notes, both Giants president of baseball operations Farhan Zaidi and manager Gabe Kapler were also working for Los Angeles back when Jansen wore the Dodger Blue.

The Giants have been active in retooling a bullpen that was pretty uninspiring in 2022, as the team has already parted ways with Dominic Leone, Jarlin Garcia, Zack Littell, Alex Young, and Mauricio Llovera.  Signing Jansen would be a bold way of upgrading the relief mix, as Kapler could alternate between Jansen and incumbent closer Camilo Doval for save situations.  The Giants have preferred a little ninth-inning flexibility during Kapler’s three years as manager, though Jake McGee received the bulk of save opportunities in 2021 and Doval the majority of chances in 2022.  McGee’s early-season struggles and eventual release paved the way for Doval to become more or less the full-time closer this past season, and the Giants might prefer to return Doval to a high-leverage role behind an established closer.

Jansen is entering his age-36 season, but continued to pitch well in recording an NL-best 41 saves with Atlanta last season.  The right-hander had a 3.38 ERA and his usual set of excellent strikeout, hard-hit ball, and fastball spin rates, though there were a few question marks.  Jansen’s barrel rate was below-average for the first time since 2018, and for the third straight season, he had a subpar walk rate.  On the plus side, Jansen’s 8.5% walk rate at least represented an improvement from an ugly 12.9% mark in 2021 that sat near the bottom of the league.

Between that walk rate, Jansen’s age, and perhaps just the limited timeframe of the lockout-shortened offseason, Jansen could only find a one-year contract last winter.  However, his strong performance with the Braves has MLBTR projecting him for a two-year, $26MM contract this winter.

Any number of teams with more glaring needs at closer than San Francisco could be more willing to bid on Jansen’s services, yet it is quite possible he would have interest in a return to the NL West…