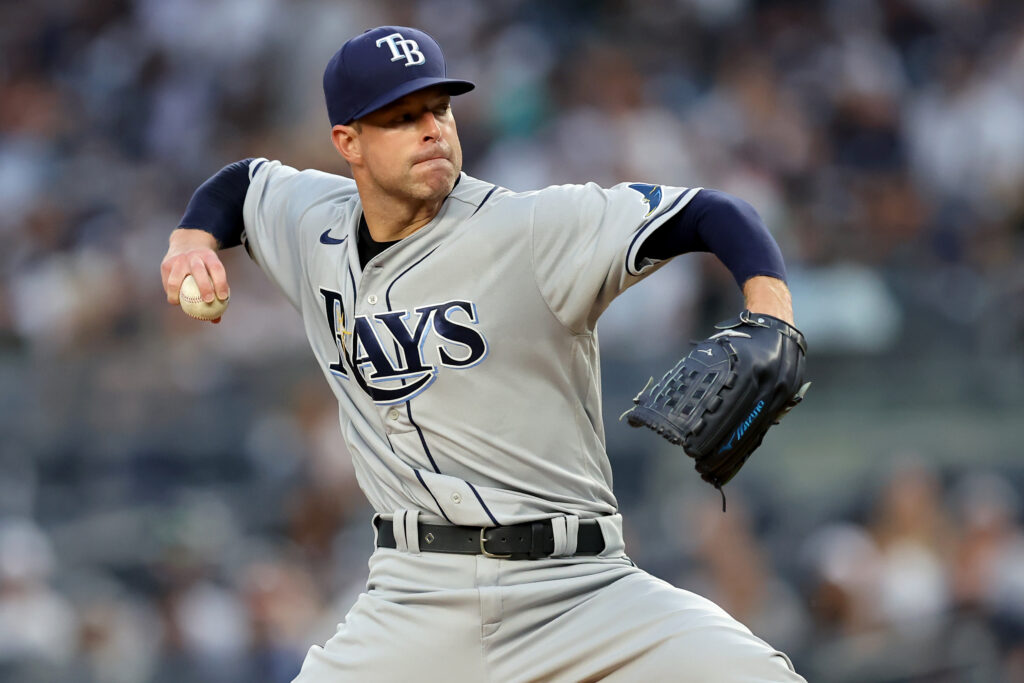 The Red Sox have already been linked to multiple free agent pitchers, with such names as Kodai Senga, Andrew Heaney, Seth Lugo, and Tyler Anderson (since signed by the Angels), all reported as names on Boston’s radar, and the Sox also have interest in re-signing two of their own free agents in Nathan Eovaldi and Rich Hill.

Corey Kluber is also on this list, as the right-hander tells Alex Speier of the Boston Globe that he had again had some talks with Boston this winter.  After previously negotiating with the Red Sox in each of the right-hander’s previous two trips to the free agent market, Kluber ended up signing with the Yankees for the 2021 season and then with the Rays in 2022.  Kluber posted a 4.34 ERA and a league-best 1.2 BB/9 over 164 innings with Tampa Bay, and pitching in Boston would have some extra appeal since Kluber and his family live in Winchester, Massachusetts.

While the Red Sox are actively seeking out more arms, Speier writes that it doesn’t appear the team is aiming for the very top of the pitching market.  This means that Justin Verlander, Jacob deGrom, Carlos Rodon, and Chris Bassitt are unlikely to be landing in Boston, for a variety of reasons.  In the view of most pundits (including MLB Trade Rumors’ own top 50 free agent list), these are the four established Major League starters likely to score the biggest contracts on the open market this winter, and it seems as though the Red Sox aren’t eager to make quite such a big commitment to a single player.  “The Sox are more likely to spread spending across several targets,” Speier writes, so hypothetically, Boston could sign the likes of Heaney and Eovaldi for less than it would cost to sign Verlander alone just in 2023 salary.

Senga could be something of an exception, as the Japanese ace is drawing enough widespread interest that it now looks like he could land one of the bigger contracts of any pitcher this offseason.  MLBTR projects Senga for five years and $75MM, and while the Red Sox have interest, it is possible the bidding could get beyond their comfort zone.

The qualifying offer is also a factor, as deGrom, Rodon, and Bassitt all rejected the QO and thus have draft compensation attached to their services.  Since the Red Sox surpassed the luxury tax threshold in 2022, they’d face a higher penalty ($1MM in international bonus money, and their second- and fifth-highest picks in the 2023 draft) for signing a qualifying free agent.  Since Eovaldi and