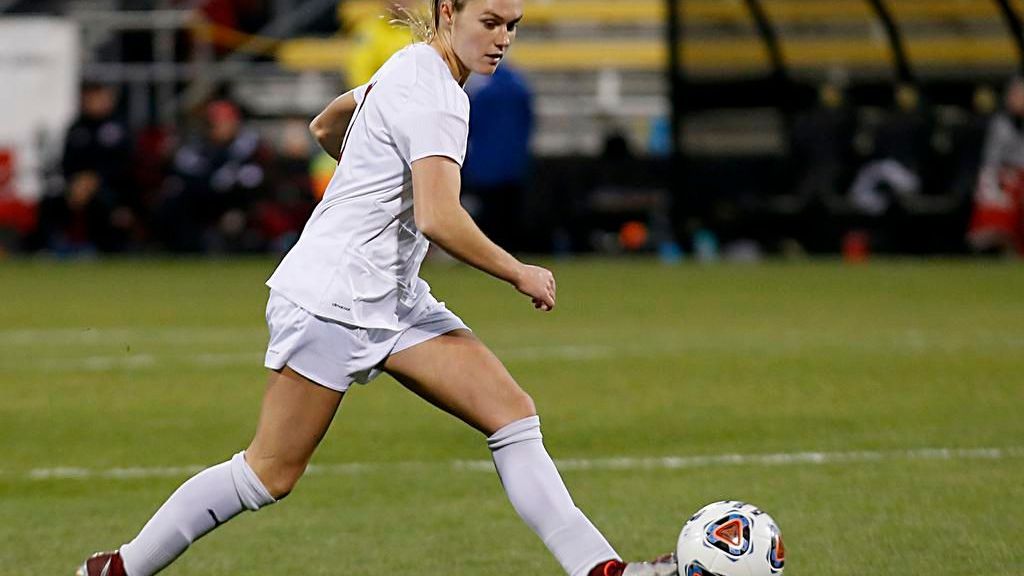 The Ohio State, the Buckeyes call their athletic programs.

Arkansas soccer knocked off OSU on Friday night from Fayetteville to book a spot in the Sweet 16 of the NCAA Tournament, 5-2.

A 3-1 halftime deficit told the tale. Ohio State scored the first goal in the seventh minute, but Arkansas countered with scores from Anna Podojil bookended by two from Bea Franklin over the course of the next 33 minutes.

Ava Tankersley and Jessica De Filippo popped two more shortly after halftime and that was, ostensibly, that.

The win puts the Razorbacks into the Sweet 16 for the second straight season. They’ll host Memphis on Sunday for a shot at the Elite Eight. The Tigers were unranked entering the NCAA Tournament, but shutout No. 10 St. Louis – Arkansas is ranked No. 9 – in the first round.