The Dodgers are shedding millions in payroll. Will they sign Aaron Judge next? 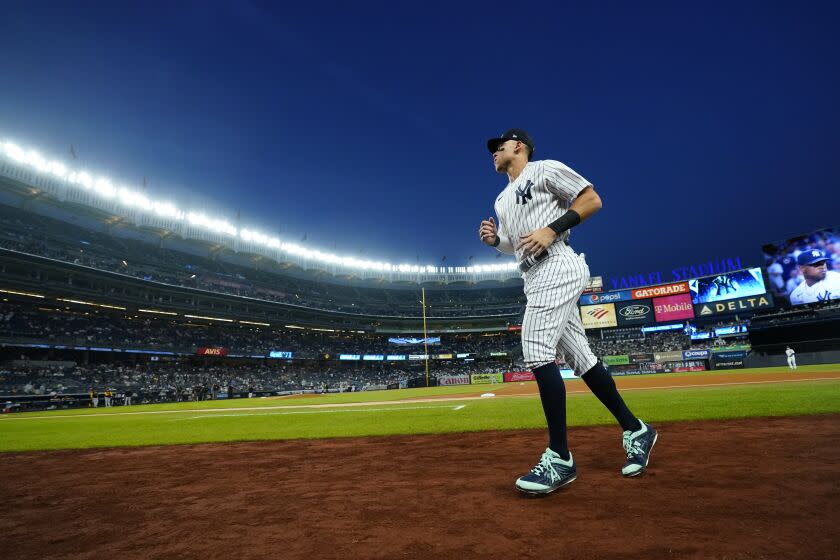 The first wave of the Dodgers‘ offseason is complete.

And as they march into winter, they have any number of possible roads lying ahead.

Through the opening weeks of free agency, the team has largely shed payroll.

With the expiring contracts of Trea Turner, Craig Kimbrel, David Price and other free agents — not including pitcher Clayton Kershaw, who is expected to finalize a one-year contract next week to return to the team in 2023 — the Dodgers already had about $70 million coming off the books.

After declining Justin Turner’s club option and, on Friday, non-tendering former National League MVP center fielder Cody Bellinger, the team has freed up about another $30 million more for next year’s payroll.

The question now: What will the Dodgers do with their nine figures of financial flexibility? And how aggressive will they be in spending this newfound $100 million to build their 2023 roster?

As the offseason rolls on, here are four things to watch.

The more money the Dodgers have cleared from the books, the more their name has been attached to the biggest targets on the free-agent market.

There have been rumors linking them with Aaron Judge, the American League MVP outfielder expected to fetch the biggest contract of any player this offseason.

They’ve been mentioned in reports with Cy Young-caliber arms such as Justin Verlander and Jacob deGrom, who could fill a need in their starting rotation.

And at this point, there is seemingly no one out of the Dodgers’ seemingly ever-expanding price range.

So, will the team make a renewed run at another superstar addition?

President of baseball operations Andrew Friedman didn’t say for sure during a video call with reporters Friday.

“I think every offseason, you have choices to make in terms of consolidating resources into one player or spreading it around,” Friedman said. “Some offseasons we go in having very few needs, some we have more. And right now we’ve got a number of spots to address. Again, some of them we can do internally. But it’s just balancing that.”