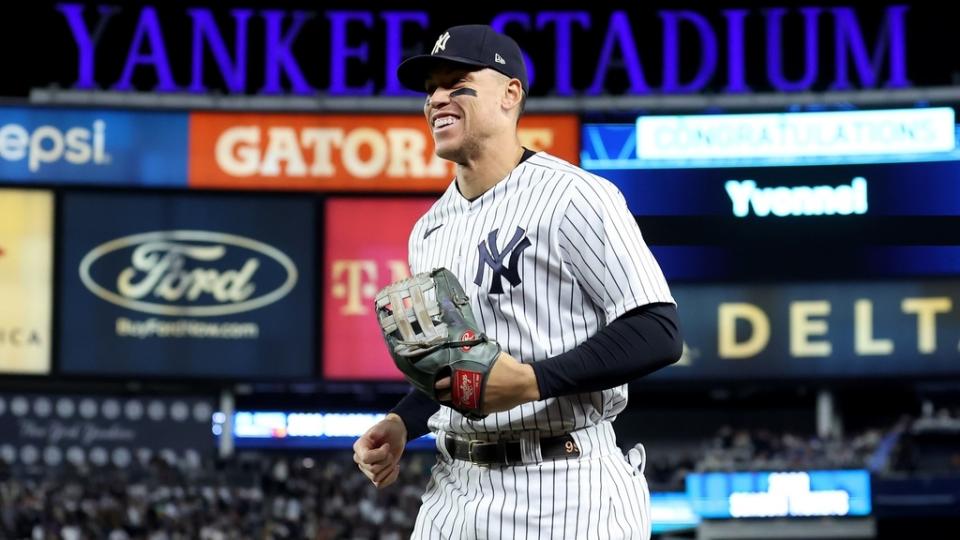 Aaron Judge took to Instagram on Saturday afternoon to reflect on his first MVP Award and posted a highlight video of his record-setting season. The slugger thanked everyone from his family and friends to Yankees fans and the city of New York.

“What a crazy week it’s been! This is a remarkable honor that could not have been possible without my family and friends who pushed me day in and day out,” Judge wrote in the caption. “God has blessed me with so many great teammates and opportunities over the years that I will never take for granted!

“Thank you to the fans and the city of New York- it has been a privilege to earn this award in pinstripes.”

With the Dodgers non-tendering former NL MVP, Cody Bellinger on Friday, it looks as if Los Angeles are poised to attempt to land Aaron Judge this offseason.

According to multiple reports, the Dodgers could make a run for Judge after shedding roughly $100 million off the payroll. Aside from Bellinger, Craig Kimbrel, Tyler Anderson, Andrew Heaney, David Price, Justin Turner, and Trea Turner are now off the roster.

Judge could provide the outfield depth the team is lacking after the non-tender to Bellinger.

While it’s not out of the question the Dodgers try and re-sign Bellinger, who would have been owed $18-$19 million in arbitration in 2023, Los Angeles would look to bring him back for less, per Ken Rosenthal of The Athletic.

Judge confirmed shortly after winning the 2022 AL MVP that he’s already spoken to teams this offseason and Yankees GM Brian Cashman also confirmed that the team has given their offer to the slugger.

Being from California, the Dodgers could be close enough to home for Judge to sign. But the San Francisco Giants are widely considered the Yankees’ top rival this offseason for the slugger this offseason.

Aaron Judge confirmed Thursday that he has spoken to other teams since he entered free agency.

“There’s teams that we’ve talked to,” Judge told Bryan Hoch of MLB.com. “For me, if we’re going to build a winning team, if I can get my [contract] out of the way so they can move on and add some more pieces to build teams up, I think that’s…