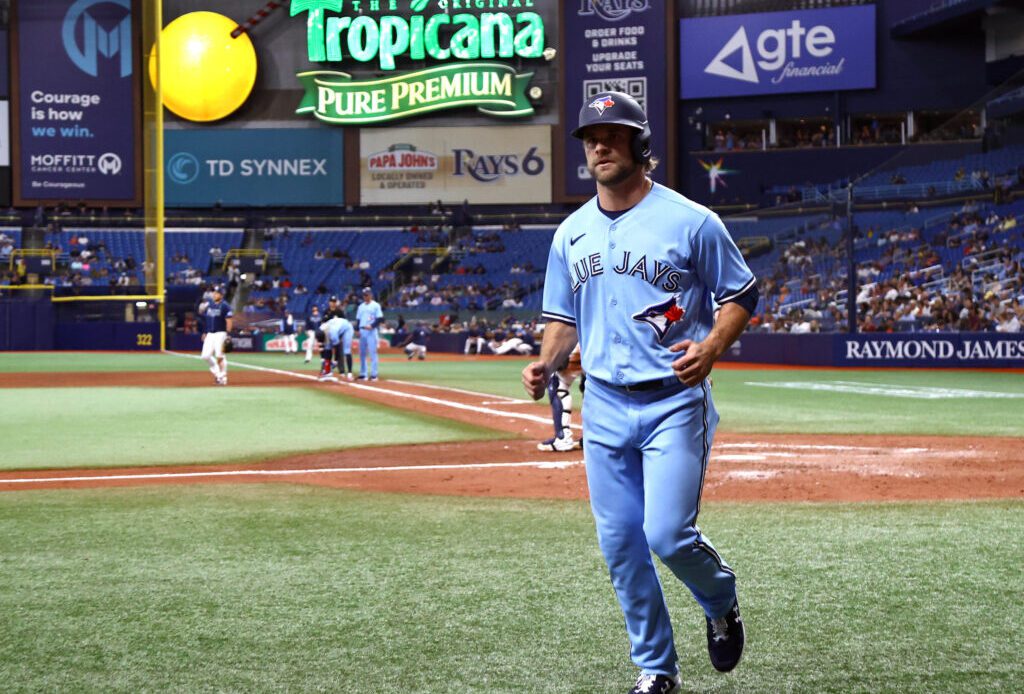 Infielder Vinny Capra is re-signing with the Blue Jays on a Minor League deal, reports Robert Murray of Fansided. Capra had been non-tendered by the Jays on Friday and had received “strong interest elsewhere” before opting to remain with Toronto, per Murray.

Capra, a 20th-round pick in the 2018 draft, made his MLB debut in early May. He had one hit, two walks, and a strikeout in seven plate appearances before being sent down to Triple-A Buffalo near the end of the month. He had three separate stints on the 7-day IL before undergoing left middle finger tendon surgery in early October and being placed on the 60-day IL.

Despite several injuries, Capra had a productive season at Buffalo, hitting .283/.378/.403 with five homers and six doubles. Perhaps most impressive was his low strikeout rate (13.1%) and high walk rate (13.1%). Capra will likely receive an invite to Spring Training and attempt to earn a spot on the Blue Jays’ bench for the 2023 season.