Is Jacob deGrom a bigger injury risk than other pitchers his age? An orthopedic sports surgeon weighs in 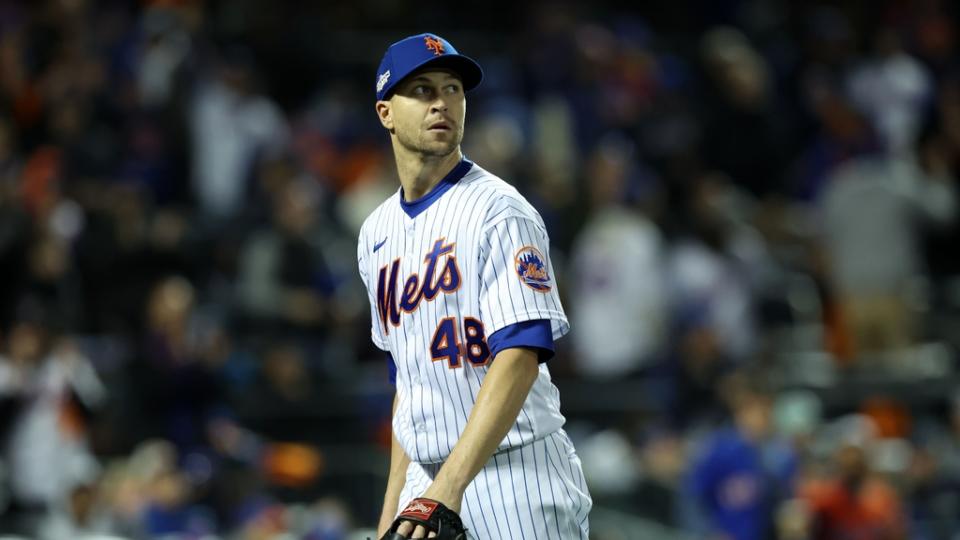 As the Mets and others have been weighing how much to give free agent Jacob deGrom in terms of both years and dollars, much of the conversation has understandably revolved around his health.

Is deGrom past the elbow and shoulder injuries that shelved him for just over a year between July of 2021 and August of 2022?

And is the 34-year-old (deGrom will turn 35 next June 19) positioned to again be the reliable pitcher he was from his rookie season in 2014 through the middle of 2021, when he exceeded 200 innings three times while throwing a combined 1,261.2 innings?

As is the case with deGrom and literally any other pitcher, it’s impossible to know how they’ll hold up. But it is possible to do some fact-based medical analysis.

For that, we turned to Deepak Chona, MD, founder of SportsMedAnalytics and a Stanford and Harvard-trained orthopedic sports surgeon who does not personally treat deGrom.

“DeGrom has missed substantial time in recent years, but his injuries don’t necessarily indicate an anatomic weak point that should make us think he’s injury-prone,” said Chona. “It’s unlikely that a stress reaction in his scapula is related to the elbow inflammation that sidelined him previously. Furthermore, both of these injuries generally heal well without any lingering performance or durability impacts.

“Could he get hurt again? Yes, absolutely. The forces of throwing a fastball put the shoulder and elbow at elevated risk in every pitcher. But there’s nothing about his recent injury history to suggest that his risk is higher than any other pitcher of his age.”

Upon his return in August, deGrom looked as dominant as ever. He was firing 102 mph fastballs and 95 mph sliders as he made hitters look downright foolish.

Over his last couple of starts of the regular season, deGrom was more human, allowing more hard contact while his usually impeccable command came and went, and…