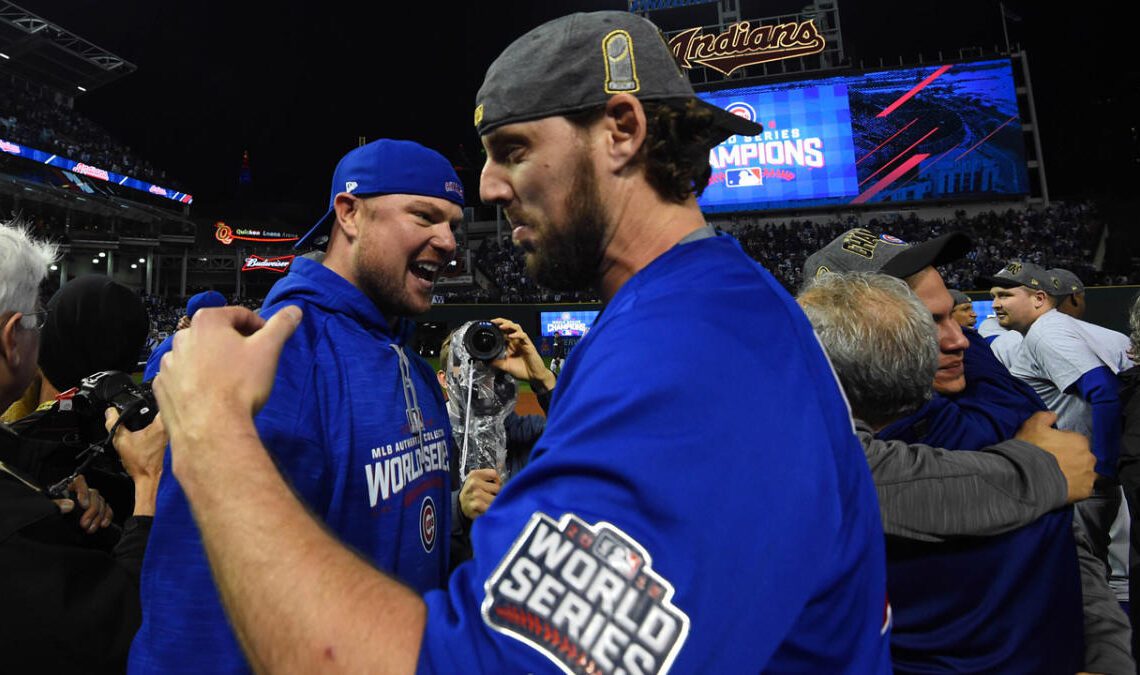 Maybe it has been that long since the Cubs won the World Series.

Not only is everybody gone from that team except rehabbing right-hander Kyle Hendricks (not counting backup-catcher-turned-manager David Ross).

But six years and 18 days after Game 7, players from that team are starting to show up on Hall of Fame ballots.

Well, one player. And, for what it’s worth, a Cleveland opponent from that 2016 World Series who has since become the Cubs’ first-base coach.

They are among 14 newcomers on the 2023 ballot revealed Monday.

Certainly, both would be first-ballot, post-title-celebration Hall of Famers.

But they’re more likely to fall short of the 5 percent necessary to remain on this ballot for a second year — to take nothing away from their impressive careers.

A more interesting question when it comes to Lackey, the first 2016 Cub to appear on a ballot, and that 2016 Cubs team is this one:

How many of those players might ever get elected to the Hall of Fame? Any of them?

In the immediate afterglow of that championship, it was unthinkable to suggest at least two or three from that historically young World Series core wouldn’t be serious candidates by the time their careers ended — and presumably with another ring or two each.

But the fact it’s now a question whether any of them will is just one more reminder of how far that team fell since then, collectively and, in many cases, individually.

In fact, how that question eventually gets answered could wind up being one more way that most-celebrated Cubs team makes history.

Unless Jimmy Rollins gets some suddenly increased love from the writers in the next few years or eventually by a veterans committee, the 2008 Phillies might be the last World Series champion without a Hall…