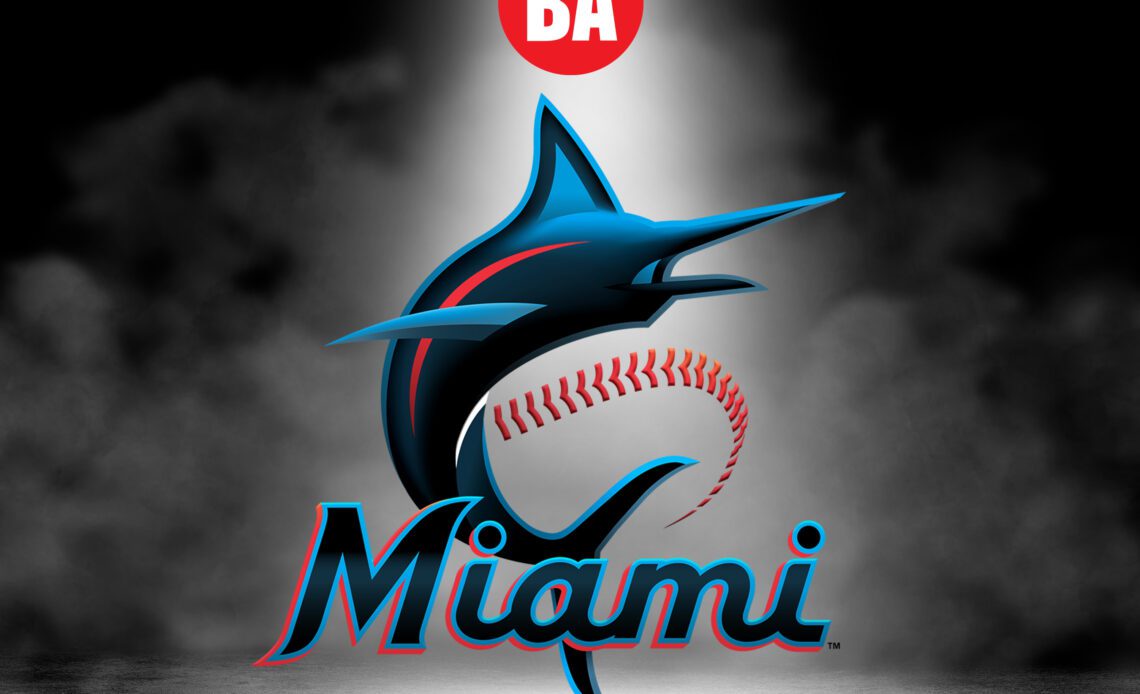 Best Pure Hitter: 3B Jacob Berry (1) was one of the best pure hitters in the 2022 draft class, ranking fourth among college hitters in the best hitter category on our best tools list. Berry was a proven college hitter in both the Pac-12 and SEC, though his pro debut was modest (.248/ .343/.362, 107 wRC+ in 37 games) for the No. 8 overall pick in the class. He has a chance to be a plus hitter.

Best Power Hitter: The Marlins drafted Berry (1) with their first-round pick and then selected pitchers with each of their next 11 picks. So Berry is the obvious choice for best power as well, particularly after homering 17 times with Arizona in 2021 and 15 times with Louisiana State during the 2022 season. Most of Berry’s power has come from the left side in his college career, though he performed better from the right side in his pro debut.

Fastest Runner: The Marlins only drafted and signed five position players and four of the five were either catchers or corner profiles, but SS Brett Roberts (16) is a solid runner. He’s not a burner by any means, but is a solid athlete who moves around the infield well and can steal a base on occasion—he went 6-for-8 (75%) in stolen base attempts during the 2022 season with Florida State.

Best Defensive Player: Roberts (16) played third base and second base for Florida State, and flashed solid glove work and hands at times, though scouts were mixed on where he would profile best in pro ball. He played third base and first base in his 2022 debut, but could also find himself playing the outfield as well. He’s solid at a number of positions, but needs more work to become adept at any individual one.

Best Fastball: Each of the two prep righthanders the Marlins signed for more than $1 million have powerful fastballs: RHP Jacob Miller (2) increased his fastball velocity during the 2022 spring and touched 96-97 mph at peak, with solid riding life; RHP Karson Milbrandt (3) sat in the low 90s, but touched 95-96 mph with similarly impressive life out of the hand.

Best Secondary Pitch: Miller (2) has shown impressive feel to spin the baseball for years and has a pair of breaking pitches that have earned plus grades, with an upper-70s curveball the most consistent currently—though both pitches have blended together. Regardless of the final shape or distinction, Miller has a chance for a real plus breaking ball. RHP Josh White (5) had two plus…