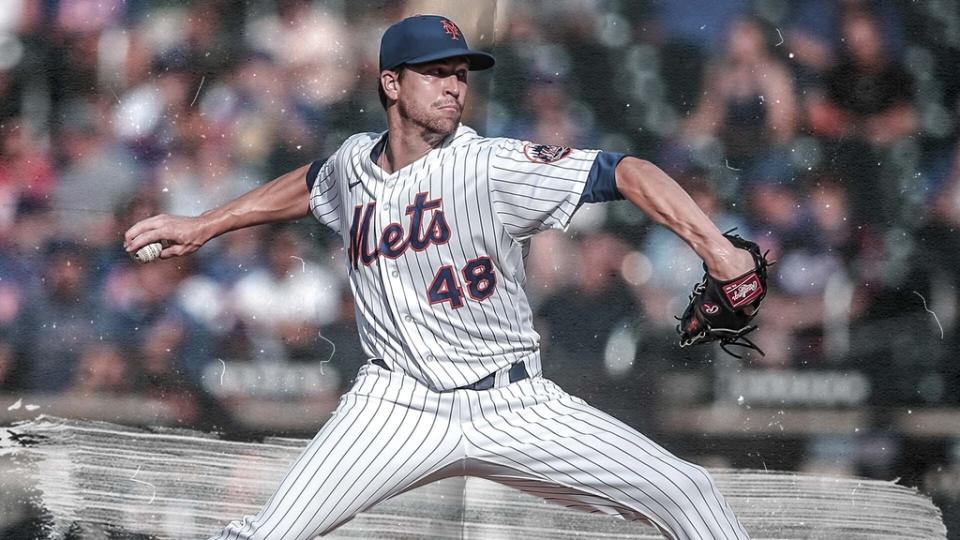 Aaron Judge’s potential contract looms over everything the Yankees do this offseason, and if he somehow does not re-sign with the team that drafted and developed him, the Yanks will have a pile of money to spend elsewhere. That’s how they could play at the top end of the starting pitching market, meaning – brace yourselves, Mets fans – Jacob deGrom.

Before you freak, know that what follows is an exercise in scoping the pros and cons of the Yankees signing deGrom, nothing more. Of course, who knows which way the free agent market takes one of the greatest Mets ever?

The Yanks certainly could use another elite starter as they try to navigate a path to the World Series. Jameson Taillon is a free agent. Frankie Montas is no sure thing. But even the mighty Houston Astros might have trouble with an ALCS foursome that includes deGrom, Gerrit Cole, Nestor Cortes and Luis Severino, assuming they’re all healthy.

And that’s what deGrom’s free agency really comes down to, isn’t it? How clubs perceive his durability and ability to take the mound going forward. Assuming deGrom is healthy, any team would want him – he’s the best pitcher in baseball when fit, duh. The Yankees would be fools not to at least inquire.

Let’s break it down:

If Judge really does go elsewhere, repairing the offense might be a bigger priority for the Yankees. Did you watch them last season? Without Judge’s MVP performance, they were not great. Judge, like most everyone not named Harrison Bader, did not hit well during the postseason, so we have an idea of what that lineup looks like with an absent Judge. Not pretty.

So perhaps they invest their Yankeebucks in one of the big shortstops. Carlos Correa or Trea Turner, anyone?

Then, of course, there is deGrom’s health, a risk. Let’s recap: He was off to a dazzling start in 2021, a cinch to secure a third NL Cy Young Award and perhaps finish with numbers that would really pop off a Hall of Fame plaque. Then he went on the Injured List with forearm tightness, there was drama over the condition of his UCL, which he says is fine, and he never made it back to the mound that season.

Last spring, things looked good for a return, but he missed the first four months with a stress reaction in his scapula. He went more than a calendar year without appearing in a big league game. He’s going to be 35 in June. While there’s no…