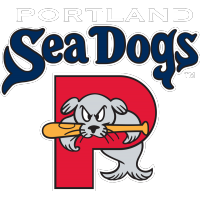 Portland, Maine – Portland Sea Dogs mascot, Slugger, is the recipient of two awards from the Mascot Hall of Fame. Slugger won awards at the Minor League level for “Greatest Community Impact” and “Best In-Game Skit or Routine”. The Mascot Hall of Fame made the announcement Sunday night.

Through his spokesperson, Slugger said, “I would like to thank all the fans who voted for me. It is truly an honor to be recognized for these awards and to represent the Sea Dogs at a national level. I have been blessed with the best fans (friends) in Minor League Sports and will continue to work hard to bring smiles and joy to fans everywhere! Thank you!”

The award for “Greatest Community Impact” is awarded to a program within the organization’s community that is spearheaded by the team or school’s mascot which directly benefits the community. The program can be any type of effort which helps with specific needs within the community; Educational, fighting hunger, public safety, etc. Slugger won serving as the face of the Sea Dogs’ Strike Out Cancer in Kids program which has raised more than five million dollars for the Maine Children’s Cancer Program since its inception in 1995. Slugger was voted as the winner in this category competing against ten other nominees.

The “Best In-Game Skit or Routine” honors a mascot that performs during a sporting event for the team or school. It could be a single routine/skit or a series of the same routine/skit that is performed all season long. Slugger’s “Go Go Slugger Ranger” skit was selected as the winner of the Golden Reggy award. In this skit, T-Rex is destroying the city!!! A hero is needed… Slugger answered the call! Slugger is well known for his in-game skits, including dancing, flips, stunts, and copious amounts of humor. Slugger was one…