Yankees have checked in on Jacob deGrom, who remains a priority for Mets 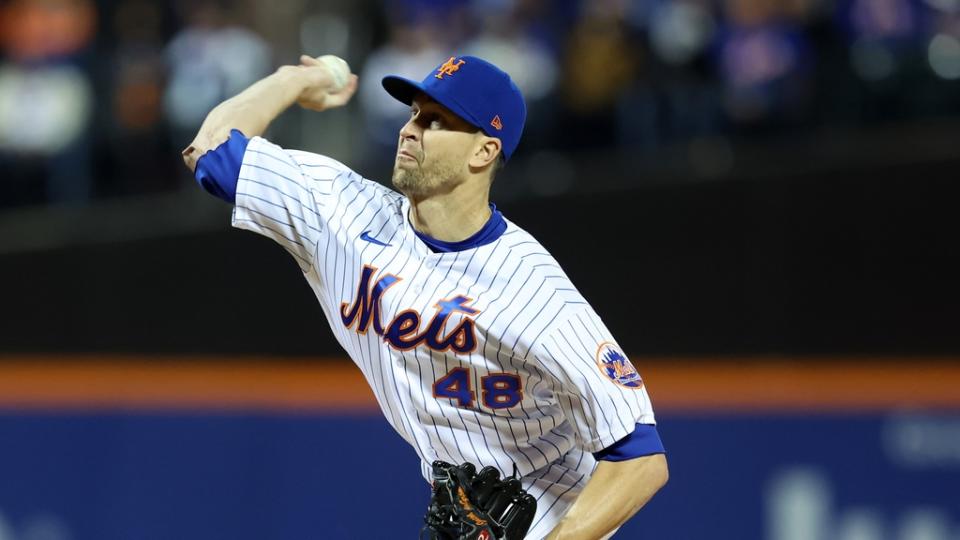 The publicly known market for Jacob deGrom has been slow to unfold, with only the Texas Rangers and Atlanta Braves identified as competition for the Mets.

Now we can add another team, at least as a tire kicker: The Yankees recently requested medical information on deGrom, according to a league source.

In the current oversimplified aggregation environment, it feels necessary to put in CAPS that THIS DOES NOT MEAN THAT YANKEES HAVE DECIDED TO PURSUE DEGROM. Teams request medicals on free agents all the time before determining whether to mount a full-scale pursuit.

Still, the Yankees are just the fourth team, including the Mets, known to express interest. A league source said that a fifth team also recently requested deGrom’s medicals, but that club is unlikely to pursue him.

The Yankees are prioritizing re-signing Aaron Judge and adding to their pitching.

As SNY first reported, the Mets are considering Justin Verlander as an alternative to deGrom. The Athletic reported on Sunday that Verlander met with the Mets via Zoom last week.

Sources said that both that meeting and the one with free agent pitcher Kodai Senga went well — but what else would we expect to hear? It’s not like people tend to turn over tables and storm out of these types of meetings. The conversations go “well.”

Anyway, the Mets are hopeful that deGrom will choose them, but of course have to explore alternatives.

Multiple league and team sources believe that players in the top tier of the pitching market will begin to make decisions in the near future, perhaps between Thanksgiving and the winter meetings. This does not appear to be one of those offseasons where the biggest stars wait until February to sign with a team.