Collapsing Cardinals are 5-12 in their last 17 games 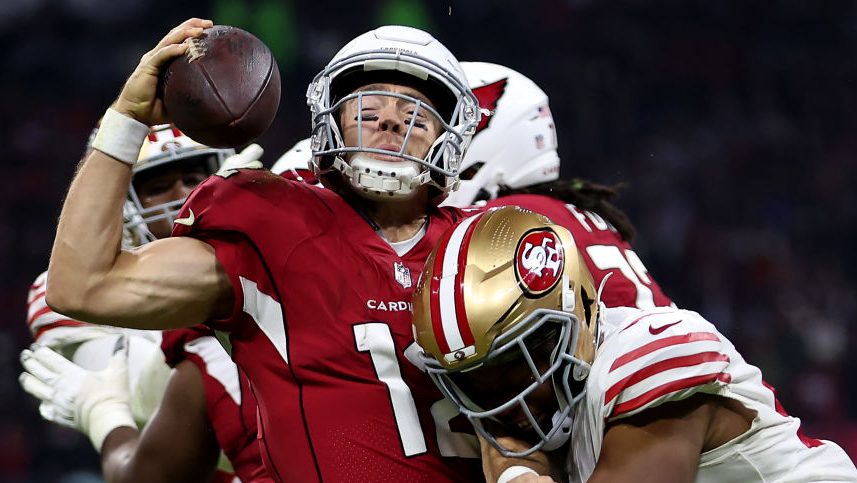 A year ago, the Cardinals were the toast of the NFL. Now they’re a disaster.

After Monday night’s 38-10 loss to the 49ers, the Cardinals are 5-12 over their last 17 games. That’s a full season’s worth of play in which Arizona has been one of the worst teams in the league.

It’s hard to remember now, but the Cardinals started 7-0 last season, and as late as Week 14 of 2021, they were the No. 1 team in a lot of NFL power rankings. Many football fans and commentators were expecting the Cardinals to be in the Super Bowl last season.

And then they lost five of their last six games, including a 34-11 loss to the Rams in the wild card round of the playoffs. It was clear to anyone who watched the Cardinals down the stretch last season that things were trending in the wrong direction.

Surprisingly, Cardinals ownership responded to that collapse by doubling down, with contract extensions for coach Kliff Kingsbury, General Manager Steve Keim, and quarterback Kyler Murray. The Cardinals made it clear with those contracts that they were all-in.

And the result this year is a 4-7 record and a team that is almost certain to miss the playoffs. Those contract extensions look like big mistakes. The Cardinals are collapsing.