MLB rumors: Aaron Judge to meet with Giants this week; Yankees check in on Jacob deGrom 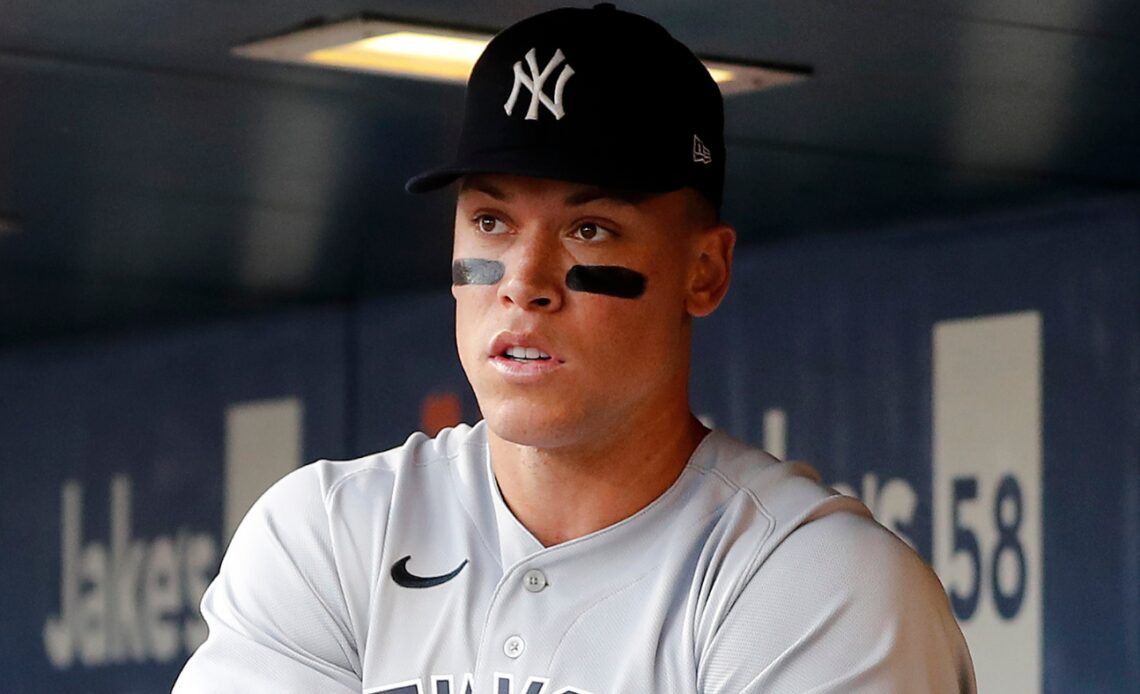 While it’s possible there’s a minor flurry of moves here in the Major League Baseball offseason, Thanksgiving looms in a few days and that means it’s likely to be a slow week. Still, very few free agents have signed and most big names rumored to be on the trade block have thus far not been dealt. That means we’re bound to see a bevy of rumors this week.

Let’s round up the latest rumors.

Judge to meet with Giants

Outfielder Aaron Judge has arrived in San Francisco and is expected to meet with the Giants this week, according to MLB Network’s Jon Morosi. Judge, a Northern California native, was ranked by CBS Sports as the top free agent available this offseason. Here’s what we wrote at the time:

Here is the most menacing Judge this side of Cormac McCarthy’s oeuvre. It may make no difference what men think of WAR, but Judge has amassed more of it during the Pandemic Era than any player except Shohei Ohtani, according to Baseball-Reference’s calculations. How could he not have? He hits for average; he walks; he hits for power (obscure fact: he broke the American League’s single-season home-run record); and he has one of the stronger outfield arms in the majors. The Yankees even used him in center for most of the season, a nod toward his athleticism. The knocks against Judge remain the same as they were in the springtime, when he rejected a seven-year extension offer worth $213.5 million: 1) he’s on the wrong side of 30 (he’ll turn 31 in April) and 2) he’s had his share of injuries. The most important number on Judge’s stat sheet, then, might not be 62 but rather 152, or his average number of games played the last two years.

A meeting doesn’t necessarily mean anything, but industry insiders widely expected the Giants to be among the top potential suitors for Judge. We’ll see if anything further fosters between the sides.

Yankees check in on deGrom?

The Yankees have requested medical information on Jacob deGrom, according to SNY, though the report comes with the caveat that this doesn’t necessarily mean the Yankees are going to pursue deGrom in free agency. It seems as though this is merely a due-diligence-type request.

The Yankees’ top priority this offseason remains bringing Aaron Judge back. Until then, they’ll likely continue to work backup, contingency plans that they hope won’t be needed.

DeGrom, 34, has been one of the best pitchers in baseball since his debut in 2014…