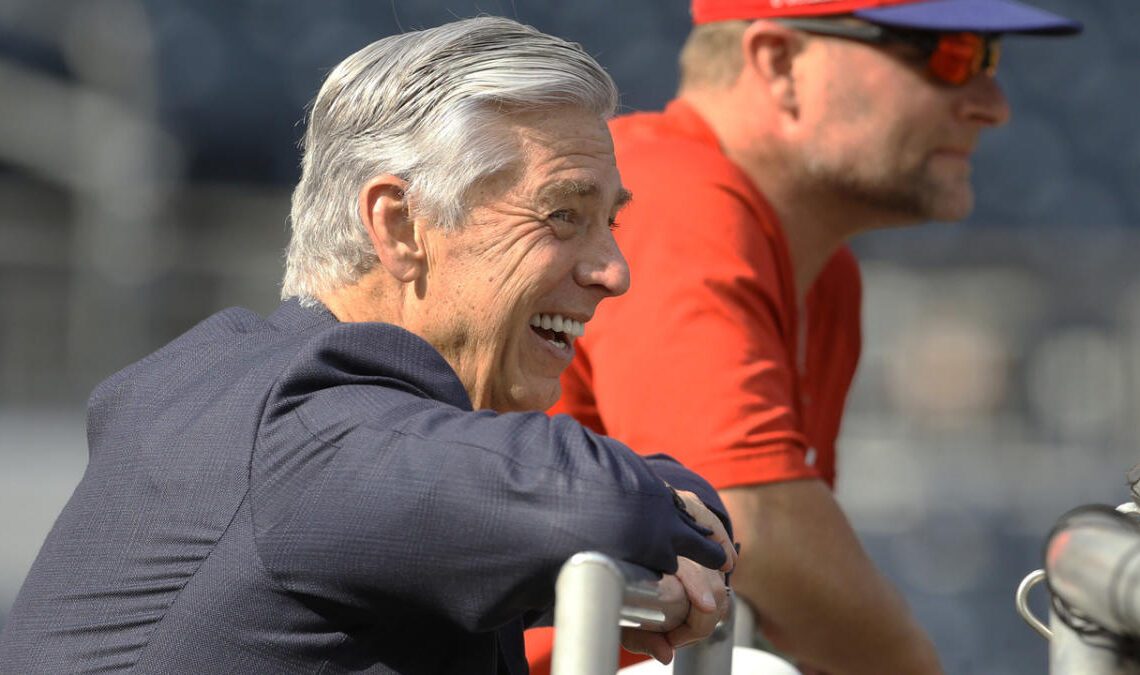 Under Dave Dombrowski’s leadership, the Phillies not only broke a 10-year postseason drought in 2022, they came within two wins of a World Series championship.

Phillies ownership believes Dombrowski is the man who can get them those last two wins.

That’s why they have extended his contract as the team’s president of baseball operations. Already signed through the 2024 season, Dombrowski received a three-year extension, taking him through the 2027 season. The deal was announced Tuesday.

“Dave’s astute knowledge of the game and keen eye for talent set us on a path to win the National League pennant,” managing partner John Middleton said. “I firmly believe that under his stewardship, we will reach our ultimate goal.”

Dombrowski, 66, joined the Phillies in December 2020 as the team’s first-ever president of baseball operations. He had previously run baseball operations as general manager for the Montreal Expos, Florida Marlins, Detroit Tigers and Boston Red Sox. He took the Marlins, Tigers (twice) and Red Sox to the World Series and won it with Florida in 1997 and Boston in 2018. He became the first GM/head of baseball ops to lead four different clubs to the World Series when the Phillies got there in 2022. The Phils lost to the Houston Astros in six games.

Interestingly, while Phillies ownership decided to extend its relationship with Dombrowski after the World Series, the Astros and their head of baseball operations, general manager James Click, parted ways. Click’s contract expired after the World Series. He was offered just a one-year extension by ownership, turned it down and moved on.

Dombrowski is already at work trying to get the Phillies back to the World Series in 2023. The club has interest in adding from a deep and talented pool of free-agent shortstops and would also like to add to its starting pitching rotation and bullpen.

Let go by Boston in September 2019, Dombrowski was working with a group trying to bring an expansion club to Nashville when the Phillies hired him in December 2020. He initially received a four-year, $20 million contract. Terms of his new deal were not disclosed.

“I am excited to sign a contract extension with the Phillies,” Dombrowski…