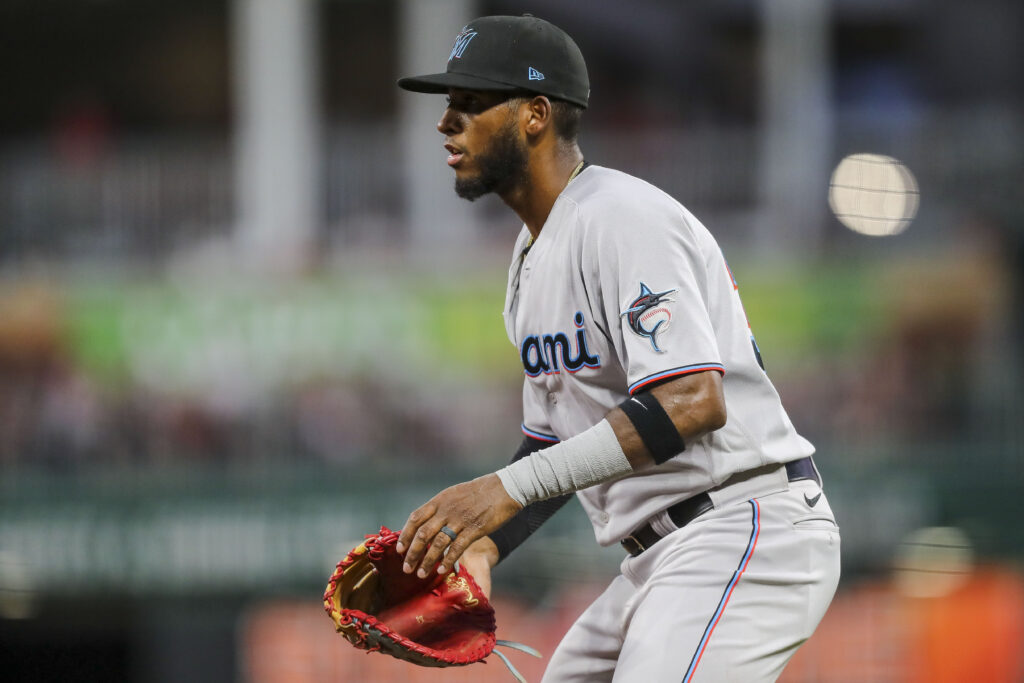 Diaz, 26, was a fairly high-profile amateur signing by the Twins back in 2013, inking a $1.4MM bonus and headlining their 2013-14 international free agency class. He ranked among Minnesota’s top prospects for several years due to his power potential and a plus glove at first base, but the Twins flipped him to Miami in a 2019 trade that netted them veteran reliever Sergio Romo and pitching prospect Chris Vallimont.

With the Marlins, Diaz elevated his profile early on before scuffling through parts of three Major League auditions. He’s logged big league time each season since 2020 but produced only a .181/.227/.340 batting line with a 28.9% strikeout rate against just a 5.5% walk rate. Despite his 6’4″ frame and considerable raw power potential, Diaz hasn’t yet hit the ball with much authority in the Majors; he does have 13 home runs in 343 plate appearances, but Diaz’s average exit velocity (88.1 mph), barrel rate (8%) and hard-hit rate (32.6%) are all pedestrian, at best. He’s also been quite prone to pop-ups, with more of his fly-balls (14.4%) registering as infield flies than as home runs (11.7%).

That said, Diaz only just turned 26 years old and has at least one demonstrably excellent skill that’ll play at the Major League level: his glove. He’s only logged 753 Major League innings at first base but still has eye-popping totals in Defensive Runs Saved (16) and Outs Above Average (9). The offensive profile is still quite clearly a work in progress, but Diaz is a .250/.325/.504 hitter in two Triple-A seasons. At his best, he’s tattooed right-handed pitching in the minors, creating some hope that he could at least be a platoon option for the Buccos.

Diaz is out of minor league options, so he’ll either have to break camp with the Pirates next spring or else be designated for assignment once again. If the Pirates at any point are able to succeed in passing him through waivers, Diaz could be retained without occupying a spot on the 40-man roster, though his glove alone might make that difficult.

Diaz is the second option the Bucs have acquired to potentially address their need at first base in the still-young offseason. Pittsburgh also acquired lefty-swinging Ji-Man Choi in a trade with the Rays, though Choi recently underwent elbow…