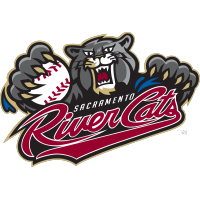 Schmitt, who finished the season as MLB Pipeline’s No. 6 prospect in the Giants’ organization, is the second River Cats third baseman to earn a postseason award in 2022. David Villar was named both PCL MVP, and a Post-Season All-Star on Nov. 7.

The 23-year-old Schmitt spent the majority of 2022 with High-A Eugene and Double-A Richmond, posting a .941 fielding percentage with 169 total chances and 100 assists in 707.2 defensive innings.

The San Diego State product had 20 homers and 75 RBIs for Richmond and Eugene before ending 2022 with his first taste of Triple-A, going 5-for-15 (.333) with a double, a home run, and three RBIs through four games.

In addition to Schmitt, fellow San Francisco Giants prospect Patrick Bailey took home the honors for catcher. Bailey, who played 83 games for High-A Eugene in 2022, was also selected in the 2020 MLB Draft, going 13th overall out of North Carolina State.