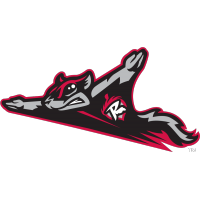 The winners at each position were selected from players in the 11 full-season Minor Leagues. Schmitt and the other players will receive their own Rawlings Gold Glove Award, modeled after the iconic award given to Major League Baseball’s top defensive players, during the 2023 season.

Schmitt was promoted to Double-A Richmond on August 9 and played 29 regular-season games for the Flying Squirrels this season, all at third base. He began the season with the High-A Eugene Emeralds and was promoted to the Triple-A Sacramento River Cats for four games following Richmond’s postseason run.

A native of San Diego, Calif., Schmitt was selected in the second round of the 2020 MLB Draft by the San Francisco Giants out of San Diego State University. He was also named a 2022 Northwest League Post-Season All-Star for his performance with Eugene this year.

“We’d like to congratulate the 2022 Minor League recipients of the Rawlings Gold Glove Award® as this group of defensive standouts were deemed ‘The Finest in the Field’,” said Mike Thompson, chief marketing officer for Rawlings. “Rawlings values our long-standing partnership with Minor League Baseball and our shared focus on growing the game of baseball while emphasizing defensive excellence.”

The 2022 Minor League Baseball recipients of the Rawlings Gold Glove Award® are as follows: