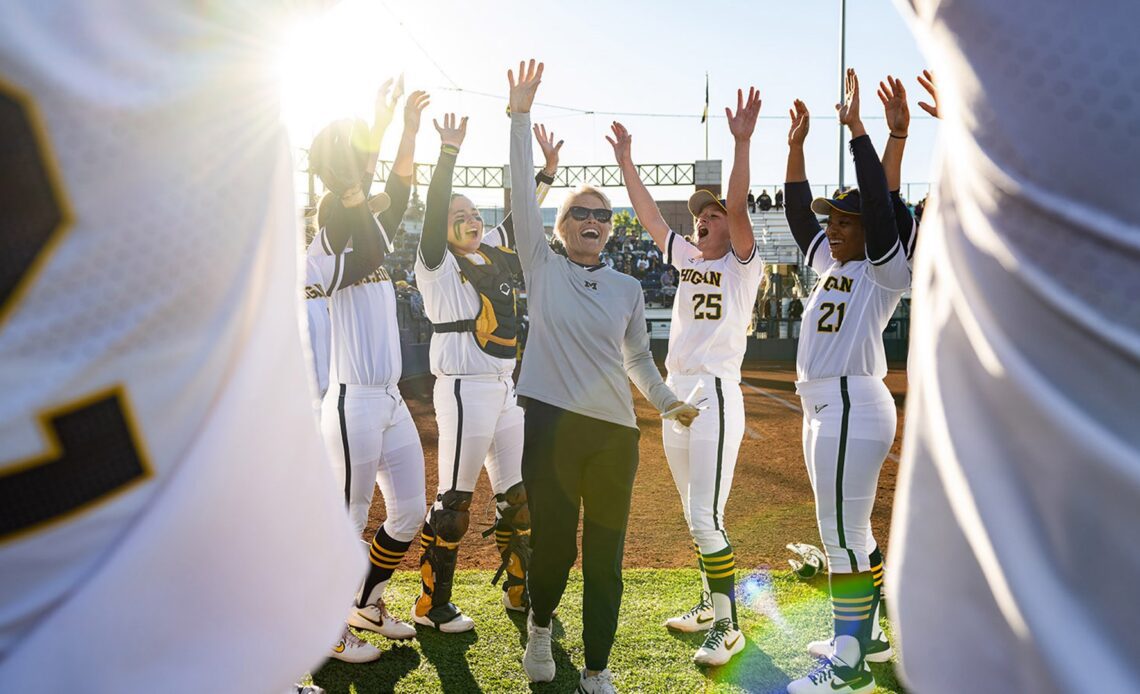 The Wolverines’ 2023 slate also features 17 opponents who reached the NCAA Tournament a season ago, including Oklahoma State, Northwestern and UCLA, which all advanced to the 2022 Women’s College World Series.

Michigan will kick off the program’s 46th year of intercollegiate play with a head-to-head matchup at South Florida on Thursday, Feb. 9, before heading to The Spring Games for a four-game tournament slate, including a pair of games against Western Kentucky, in Leesburg, Fla.

Michigan earned a second straight invitation to the St. Pete Clearwater Elite Invitational on Feb. 17-19 in Clearwater, Fla., and will face Central Florida, Louisiana, Oklahoma State, Mississippi State and Duke. All 40 tournament games will be aired on the ESPN Networks.

The Wolverines will split their spring break with tournament appearances at the Stanford Invitational (Feb. 24-26) and the annual Judi Garman Classic (March 2-4). U-M will play a pair of games against the host Cardinal at the former before facing three NCAA Tournament teams in UCF, LSU and UCLA in its first appearance at the Judi Garman in three years.

U-M will host Georgia Southern and Kent State over its home-opening weekend (March 10-12), before hitting the road for one more tournament appearance at Kentucky’s John Cropp Classic (March 18-10). The Wolverines will host Big Ten series against Illinois (April 7-9), Northwestern (April 21-23) and Indiana (April 28-30) in addition to the second half of its annual home-and-home midweek series against Michigan State (April 18).

Tholl was named the fourth head coach in Michigan program history on Aug. 24, after the retirement of Carol Hutchins, the winningest coach in NCAA softball history. Tholl spent 29 seasons as Hutchins’ top assistant coach and contributed to nearly all of the program’s postseason success, including 22 Big Ten regular-season titles since 1995, 10 Big…