Angels get OF Renfroe from Brewers for 3 young pitchers 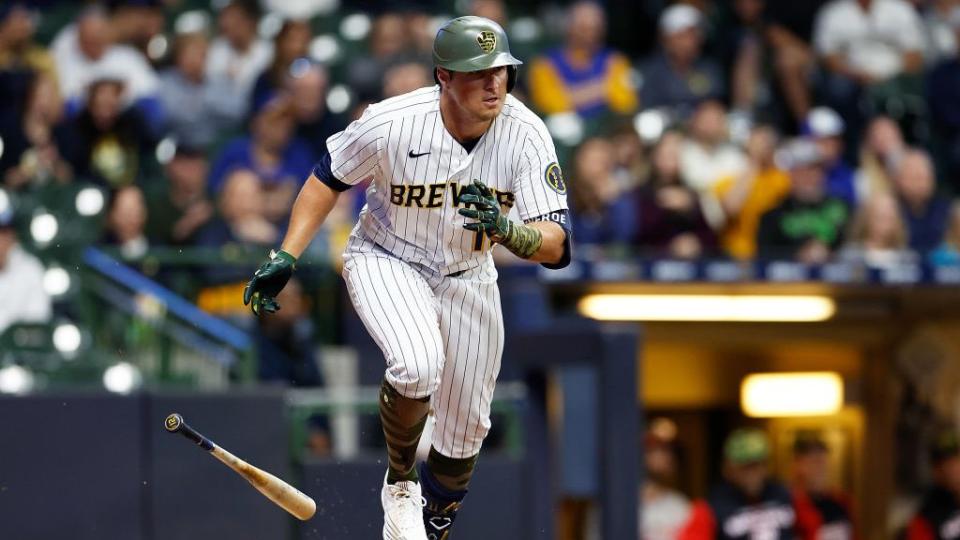 The 30-year-old Renfroe batted .255 with 29 home runs, 72 RBIs and an .807 OPS in 125 games this season, his first with the Brewers. He led major league right fielders with 11 assists and ranked 10th in the National League with a .492 slugging percentage.

Renfroe is eligible for arbitration again and likely to get a raise after earning a $7.65 million salary this year. He can become a free agent after next season.

He joins an Angels team looking for offense to support superstars Mike Trout and Shohei Ohtani in a top-heavy lineup.

Junk, 26, spent most of the season with Triple-A Salt Lake but made three appearances for the Angels, including two starts. He was 1-1 with a 6.48 ERA in 8 1/3 innings.

Seminaris, 24, was selected by the Angels in the fifth round of the 2020 draft out of Long Beach State. He made a combined 21 starts and three relief appearances this year with High-A Tri-City, Double-A Rocket City and Triple-A Salt Lake, going 7-11 with a 3.54 ERA.

Angels get OF Renfroe from Brewers for 3 young pitchers originally appeared on NBCSports.com