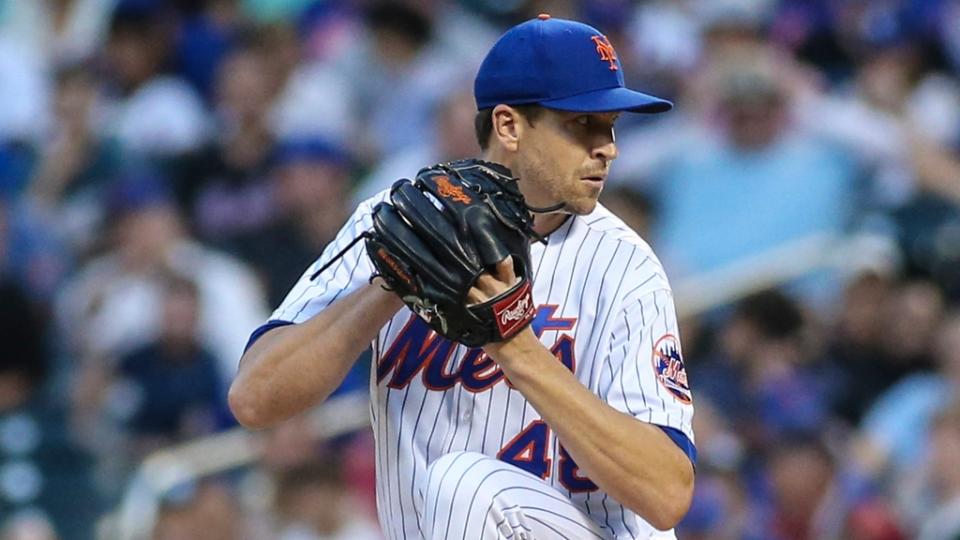 When the Mets decided to take the risk of trying to re-sign Jacob deGrom, they viewed the Texas Rangers as their primary competition.

With the Rangers now appearing very interested in free agent starter Carlos Rodon, per league sources, could the situation be breaking the Mets way? After all, if the Rangers pass on deGrom, who other than the Mets will offer deGrom a three-year contract?

As SNY reported, the Yankees have requested medical information on deGrom, the first step of a potential free agent pursuit. But the Yanks are focused on preventing the San Francisco Giants from poaching Aaron Judge; the hunch here is that they won’t sign deGrom (or another Mets pitching target, Kodai Senga).

Friends of deGrom have long talked about his desire to pitch for the Atlanta Braves, but The Athletic recently reported that the Braves were “highly unlikely” to sign him.

It is of course possible that deGrom has spoken with other teams, and that no reporters have detected it. But sources around the league have not heard a whiff of that to date. And those sources continue to link Rodon to the Rangers — though Texas’ interest in deGrom is real, too.

At last week’s GM meetings in Las Vegas, Rangers general manager Chris Young declined to discuss deGrom or any other free agent, citing MLB and the MLBPA’s collectively bargained [silly; heavy-handed] rules about such things. My parenthetical, not his.

Anyway, the Mets are hoping that the notoriously difficult to read deGrom will be swayed by the chance to play his entire career for one team. It does not hurt that the team convinced pitching coach Jeremy Hefner to return, because Hefner is one of the few club officials with whom deGrom will engage in earnest (GM Billy Eppler has also built a collegial relationship with deGrom).

If other teams see deGrom as a one- or two-year flier (WFAN’s Sweeny Murti mentioned the Yankees’ singing of Corey Kluber before the 2021 season as a comp on Tuesday’s Baseball Night in New York), the Mets see him as a part of their franchise, with upside to still be a top pitcher.

Eppler and his staff have spent this week crunching numbers, performance data and other factors to determine what their offers will be to deGrom and other free agents.

By the way, the Rangers are also a sleeper team to watch on Senga.