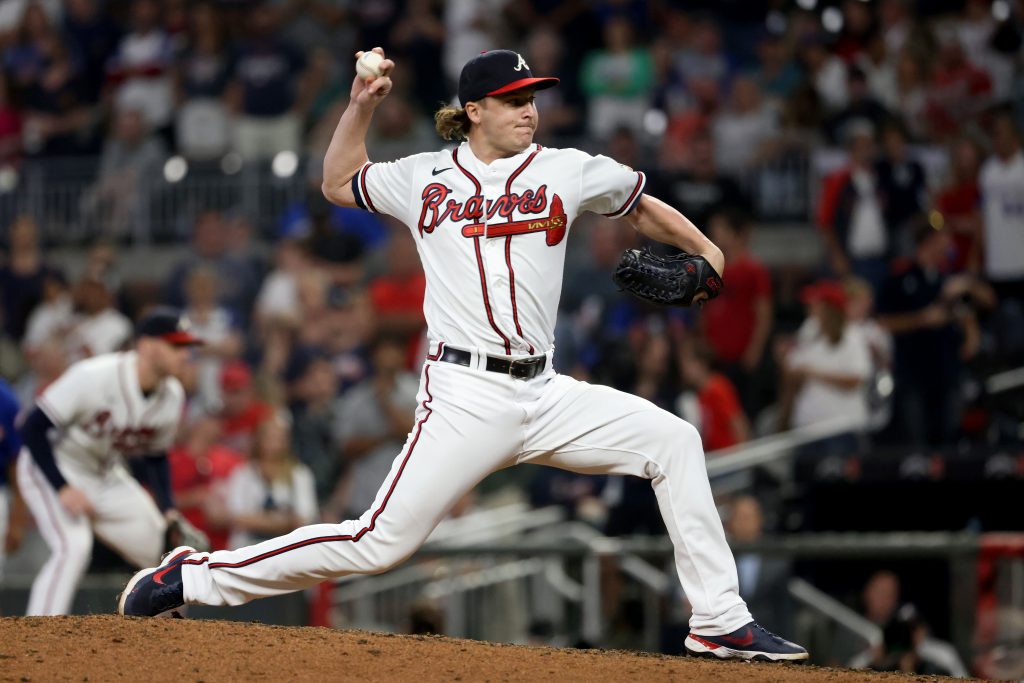 The Angels have agreed to sign right-hander Jacob Webb to a minor league contract, FanSided’s Robert Murray reports (Twitter link).  Webb became a free agent after spending much of the 2022 season with the Braves’ Triple-A affiliate.

Webb was an 18th-round pick for the Braves in the 2014 draft, and he has spent his entire career in Atlanta’s organization apart from a brief stint with the Diamondbacks last season.  The D’Backs claimed Webb off waivers in April, and he made six appearances at Triple-A and some time on the Major League roster (without appearing in a game) before the Braves re-acquired Webb back in a trade last June.

Injuries hampered Webb last season, and he had only a 6.06 ERA over 35 2/3 innings at the Triple-A level with the Braves’ and Diamondbacks’ top affiliates.  He didn’t pitch at all at the MLB level, after posting a 2.47 ERA in 76 2/3 frames for Atlanta in parts of the 2019-21 seasons, topping out at 34 1/3 frames in 2021.  Webb also pitched 1 2/3 innings during the NLCS, and earned a World Series ring for his role in Atlanta’s championship season.

Despite that 2.47 ERA, Webb’s 4.28 SIERA and modest 21.9% strikeout rate perhaps better reflect why the Braves first parted ways with him a year ago, and he also had a checkered injury history.  Still, there isn’t much risk for the Angels in taking a look at Webb in camp and seeing if he can compete for a bullpen job.  As Murray notes, Webb is a known quantity to Angels GM Perry Minasian, who worked in Atlanta’s front office from 2017-20 before being hired by Los Angeles.

Though Webb doesn’t record a ton of strikeouts, he does have some swing-and-miss in his game, with an impressive 13.8% swinging-strike rate over his brief MLB career.  If he can continue to miss bats, generate soft contact and (perhaps most importantly) stay healthy, Webb might end up being a nice under-the-radar pickup for the Angels.