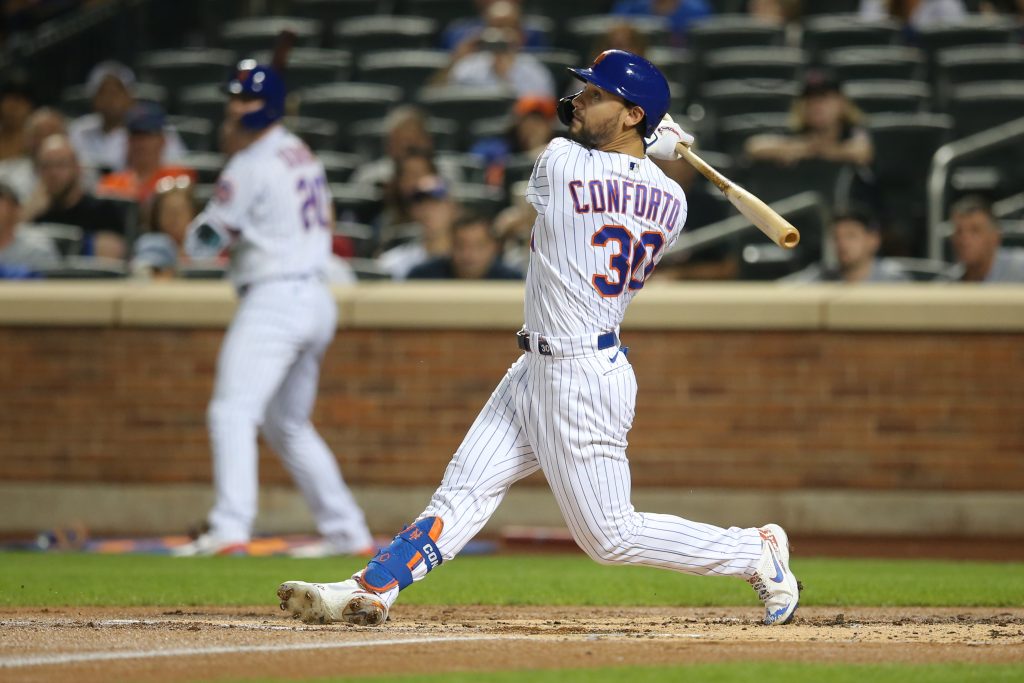 Outfielders Michael Conforto and Cody Bellinger are both risky bets with huge payoff potential and it seems the Cubs are interested in putting some money down there. Jon Heyman of The New York Post connects the Cubs to both of them and also adds the Astros to the lengthy list of Bellinger suitors.

Conforto, 30 in March, is a real wild card since he had an excellent run of play from 2017 to 2020 but has had a frustrating time since then. He hit 97 home runs during that strong period, producing an overall batting line of .265/.369/.496. That production was 33% better than the league average hitter, as evidenced by his 133 wRC+.

He slumped in 2021 by hitting just 14 homers and slashing .232/.344/.384. His 106 wRC+ shows that he was still a bit above average, but it was a noticeable drop from his previous output. He received and rejected a qualifying offer from the Mets, still believing he could find a bigger payday despite the down season. Unfortunately, he injured his shoulder during the lockout, requiring surgery that wiped out his 2022 entirely.

After one down year and a lost campaign, it’s difficult to know what to expect from Conforto going forward. That uncertainty will put a damper on his market but he’ll surely find teams interested in taking a shot, hoping he can return to the kind of hitter he was a few years ago. He’s already been connected to the Yankees and Mets this offseason and has connected to the Blue Jays prior to that.

Bellinger comes with a higher floor than Conforto as his speed and defense can make him valuable even if his bat doesn’t rebound. FanGraphs calculated him to be worth 1.7 wins above replacement this year, even with the tepid offensive production. Conforto, however, doesn’t rate out as well in those departments and really needs to produce at the plate in order to be useful.

For the Cubs, it’s not shocking to see that they are considering adding an outfielder with their lack of clarity on the grass. Seiya Suzuki is the only…