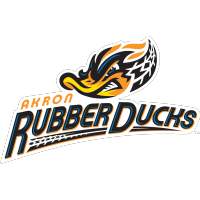 Tickets are not on sale yet for Banana Ball at Canal Park, but fans can visit http://www.thesavannahbananas.com/tickets and join the Ticket Pre-sale List.

In addition to the cast of characters, dancers, performers, mascots, and musicians, the Bananas are bringing their own twist of baseball to Canal Park. Banana Ball is a fast-paced, action-packed style of baseball with rules that include no bunting, a two-hour time limit, fans catching foul balls for outs, batters stealing first base, and a one-on-one tiebreaker showdown at the end of the game if it’s tied.

“We are excited to welcome the Savannah Bananas and the Banana Ball World Tour to Canal Park for two days,” RubberDucks General Manager and COO Jim Pfander said. “It is amazing to see the response and excitement from everyone in Akron and throughout Northeast Ohio to Banana Ball coming to Canal Park. We can’t wait to give fans two chances to enjoy Banana Ball in Downtown Akron.”

Over 700 cities and 28 countries were nominated by thousands of fans for the 2023 tour. The Bananas have now narrowed it down to the final 32 cities for the tour in addition to their games in Savannah.

“The response has been absolutely Bananas for this world tour,” said Bananas Owner Jesse Cole. “Everywhere we go we hear from fans begging us to come to their city. We are so grateful for their support and because of their passion for the Bananas and Banana Ball we knew we had to extend the tour dramatically in 2023. Now we are bringing the show to almost four times the amount of cities as we did in 2022 to make sure we able to connect with as many Bananas fans as possible.”

“Taking the Bananas to Akron and Canal Park has been something we’ve heard constantly from our fans over the years,” said Cole. “We are fired up to bring an unforgettable show to them this summer.”

The Bananas will face off against their rival, the Party Animals. The rosters for both teams will be filled by independent professional players who have been scouted, tried out, and signed contracts for the 2023 Banana Ball World Tour. In addition to the everyday guys, the Bananas will have surprise player guests at many stops of the tour. In 2022,…