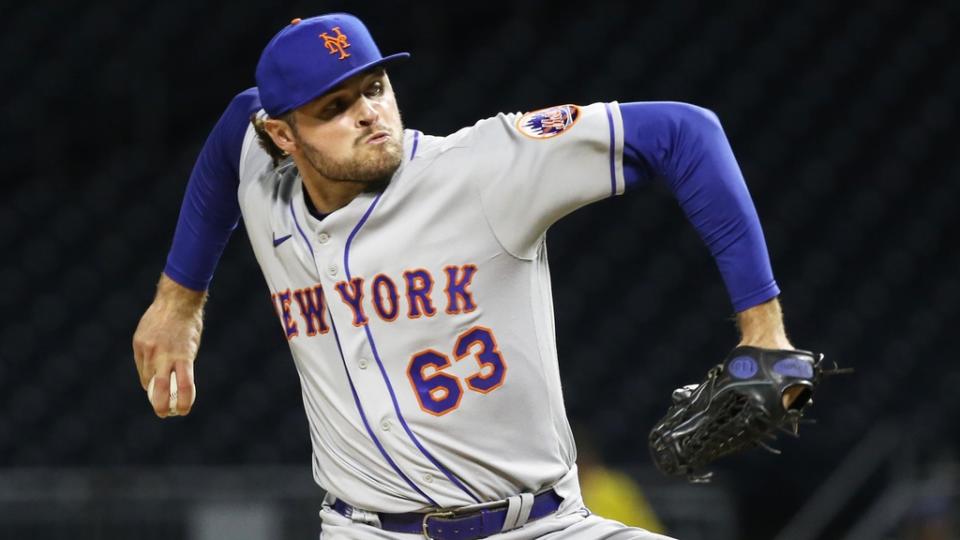 The 2022 season was an excellent year for Mets prospects with Francisco Álvarez, Brett Baty, and Mark Vientos making great strides in the minors before giving fans a taste of their major league futures late in the season.

While all three are still technically prospects, they’re likely to graduate from that status in the early part of the 2023 season.

With the organization continuing to make gains in the player development department, here are some names who could help fill the impending gaps on prospect lists.

Relievers who could debut in 2023

The Mets entered this past season with much less uncertainty in their bullpen than 2023’s projected roster suggests, but they still needed contributions at various points during the year from rookies like Colin Holderman (who was traded over the summer) and Bryce Montes de Oca, who both flashed intriguing potential. So even if the team, as expected, brings in veterans to bridge the gap to Edwin Díaz, there will still be opportunities for pitchers to be promoted from within to serve a role.

One name who virtually came out of nowhere and put himself on the radar this year is Grant Hartwig, who originally signed as an undrafted free agent out of Miami (OH) in 2021. I’m not exactly sure the Mets saw his ascension coming either, as he opened his first full pro season as an old-for-the-level 24-year-old in Single-A and finished it in Triple-A. Across a remarkable four levels, Hartwig posted a 1.75 ERA with 83 strikeouts in 56.2 innings. His 35.5 percent strikeout rate led all pitchers in the organization who threw at least 50 innings, one spot ahead of Montes de Oca.

Hartwig sat in the low 90s as a starter in college but was up to 96 mph as a full-time reliever this year. He gets good sink with a bunch of armside run on his fastball and complements it with a slider that grades out as a plus pitch and a changeup that he used infrequently. Hartwig was ineffective in the Arizona Fall League, but it’s fair to chalk that up to running out of gas as his inclusion on the roster alone was noteworthy.

Dedniel Núñez has had a winding road of a professional career thus far, but his journey may reach its destination in 2023. The Mets originally signed him as a 20-year-old in October 2016, much older than the typical international player inks his first contract. Núñez began to generate buzz in 2019 with a strong performance between Single-A and High-A…