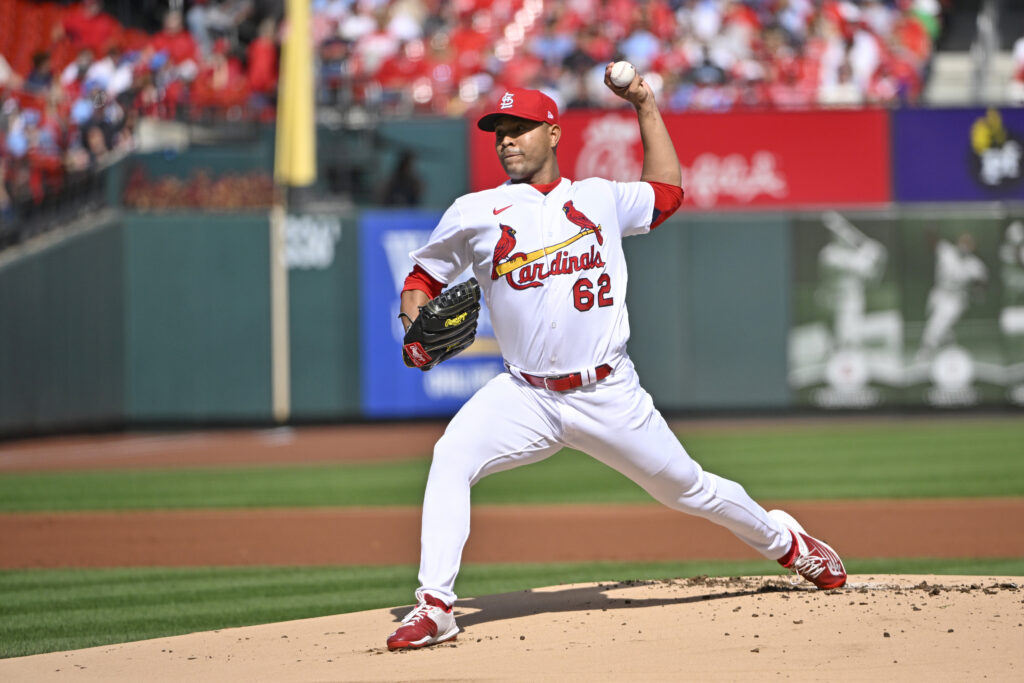 The Cardinals acquired left-hander José Quintana at the deadline and were evidently pleased with their brief relationship with him. Both Ken Rosenthal of The Athletic and Jon Heyman of The New York Post mention that the Cardinals are interested in bringing Quintana back, though Heyman notes that they have competition for his services.

Quintana, 34 in January, endured a rough two-year stretch in 2020 and 2021. A thumb injury limited him to 10 innings in the former and his ERA ballooned up to 6.43 in the latter. The Pirates took a flier on him in 2022 with a $2MM deal to act as a stabilizing veteran force in their rotation of inexperienced youngsters. That plan went about as well as could have been hoped, with Quintana bouncing back and turning himself into a deadline trade chip, going to the Cardinals alongside Chris Stratton for Johan Oviedo and Malcom Nunez.

MLBTR’s Simon Hampton recently took a thorough look at Quintana’s season, which finished with a 2.93 ERA over 165 2/3 innings. Quintana’s 20.2% strikeout rate was a couple of ticks below league average, but his 46.4% ground ball rate was strong. The Cardinals are known for their defensive prowess and Quintana’s grounder-heavy approach worked better after the uniform switch, as he had a 3.50 ERA as a Pirate and 2.01 as a Cardinal.

Though it was just 12 starts, Quintana and the Cards seemed to be a good match for each other. It makes sense that there would be some mutual interest in a reunion, though the roster fit in St. Louis would be imperfect at the moment. The club already has a number of rotation candidates, including Adam Wainwright, Miles Mikolas, Jordan Montgomery, Jack Flaherty, Steven Matz and Dakota Hudson, as well as prospects like Matthew Liberatore and Zack Thompson.

Hudson had a poor year in 2022 and could be best utilized as a long man in the bullpen who could jump into the rotation in case of an injury. However, it would be harder to justify bumping any of the other five. Wainwright, Mikolas and Montgomery are all coming off solid seasons and seem to have jobs locked down. Matz had an injury marred season in 2022 but he still has three years and $34MM remaining on the four-year deal he signed with them a year ago. Given their investment, they will surely give him a chance to bounce back with better health going forward. Flaherty has been dealing with injuries over the past three seasons but pitched like an ace when he was last healthy in 2019.

As Rosenthal notes, four of…