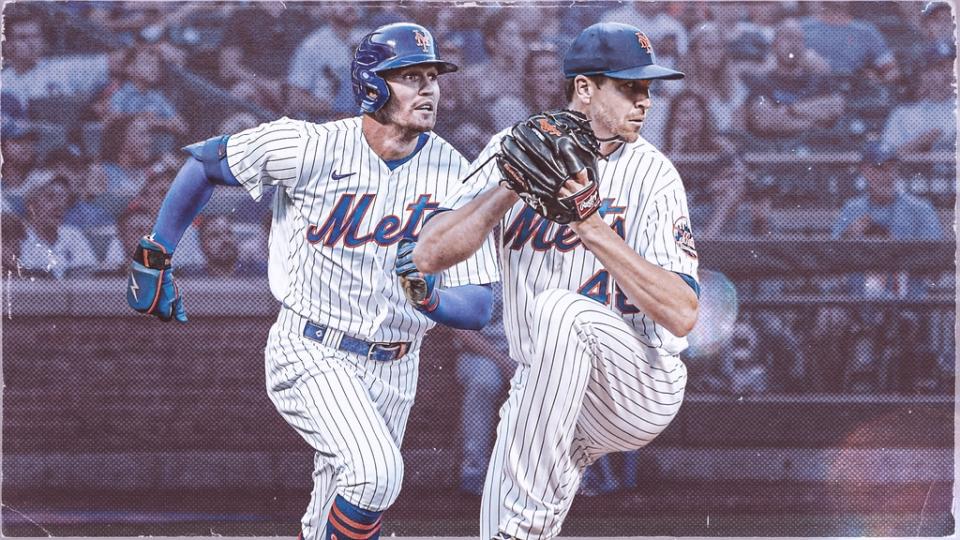 The MLB Winter Meetings take place in San Diego, Calif. from Dec. 4 to 7, and it is at those meetings where a pretty stagnant free agent market could start to move very fast.

For the Mets, it could mean getting clarity on the biggest question surrounding them this offseason — the future of Jacob deGrom. And when they get an answer on that, it will color pretty much everything else they do.

Meanwhile, moves made by other teams could have a ripple effect that impacts the Mets.

For instance, if Aaron Judge leaves the Yankees, it could change the Bombers’ entire offseason plan, potentially leading them to be more involved in bidding for players they might not otherwise try hard for if Judge returns — such as deGrom.

It might just be due diligence that the Mets — aside from making deGrom a top priority — have also spoken with Justin Verlander and Carlos Rodon. But it sure seems like New York is looking to have two aces atop their rotation again in 2023. One of them will be Max Scherzer, and the other will seemingly come from the list above.

As far as deGrom, SNY’s Andy Martino recently reported that it’s hard to see any team offering more than the Mets will. And if that turns out to be the case, the Mets really should be pressing for a resolution before the end of the Winter Meetings.

That’s because this could be a game of musical chairs between the three aces (deGrom, Verlander, Rodon), and more than three teams (the Mets, Los Angeles Dodgers, Texas Rangers, and others).

Perhaps deGrom returns to the Mets, Verlander goes to the Dodgers, and Rodon goes to the Rangers. But if the Houston Astros — who have been focusing on adding offensive punch — bring back Verlander, either the Mets, Dodgers, or Rangers will be left holding the bag.

If the Mets hang on to deGrom, their ace-level starting pitching search is almost certainly done. It’s close to impossible to see them signing deGrom and one of Verlander or Rodon (or any combination of two of the three aces). However, they could sign one of those aces and also land Kodai Senga or bring back Chris Bassitt.

If deGrom leaves, or the Mets get a sense he’s going to leave, they will have to quickly pounce on Verlander or perhaps Rodon if one or both are still available.

Of the two, I’m of the opinion that Verlander –…