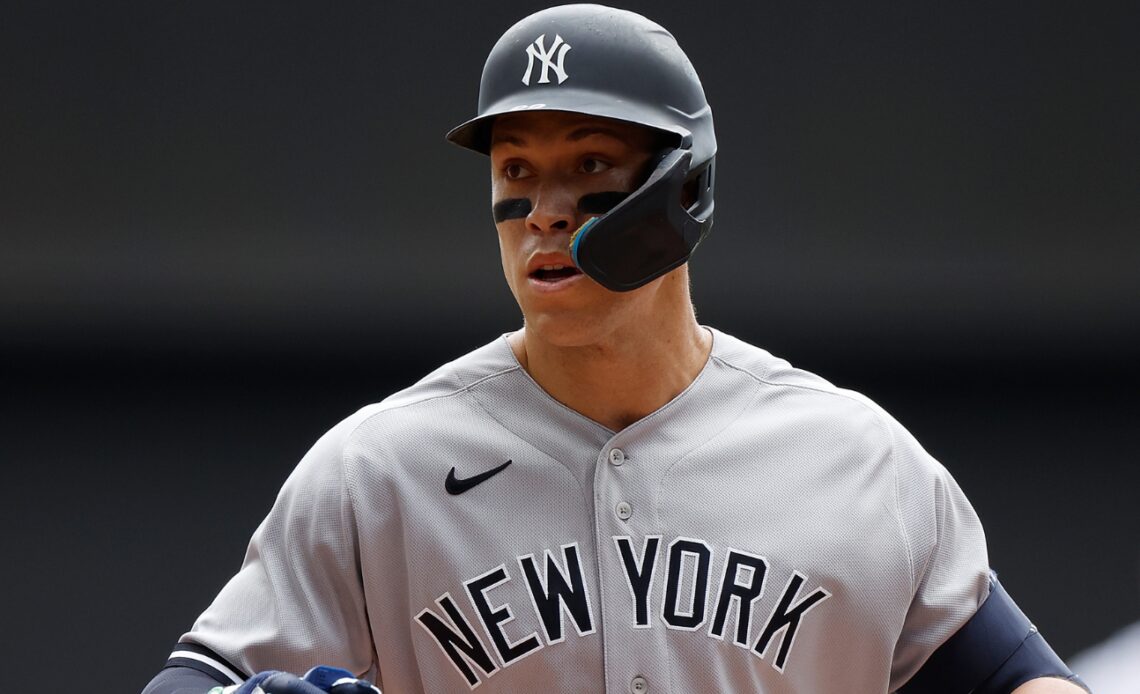 The 2022 Winter Meetings are underway in San Diego and we’ve already seen two major signings Monday: Justin Verlander joined the New York Mets (two years and $86 million) and Trea Turner joined the Philadelphia Phillies (11 years and $300 million). At the moment 36 of our top 50 free agents remain unsigned, including six of the top 10.

The biggest free agent this offseason, both literally and figuratively, is reigning AL MVP Aaron Judge. The New York Yankees are said to have made the 62-homer man an offer “in the neighborhood” of eight years and $300 million, and it’s expected Judge will command a ninth year. Here’s the latest on Judge from the Winter Meetings.

The Yankees and San Francisco Giants are the two major players for Judge, though there are other unnamed teams in the mix, according to MLB.com. Mystery teams do occasionally sign a top free agent — let the record show this scribe totally nailed the San Diego Padres being the mystery team in on Manny Machado a few years ago — though they are generally an 11th-hour tactic to get teams to raise their offers one last time. This is perhaps an indication Judge’s free agency is nearing a conclusion.

If there are mystery teams truly in the mix for Judge, here’s our best guess at who those clubs could be.

Just to further the point that Judge’s free agency may be nearing a conclusion, the man himself will be in the building at the Manchester Grand Hyatt in San Diego on Tuesday, according to MLB.com. He would get there sooner, but he’s busy at Monday night’s Saints vs. Buccaneers game in Tampa:

To be clear, players show up to the Winter Meetings all the time, including prominent free agents. It’s an opportunity to meet with multiple teams face to face in a short period of time without hectic travel. Judge arriving Tuesday does not ensure he will sign during the Winter Meetings, but it could hasten the process. And if he does sign, the entire sport will already be in one place for the press conference. That’s convenient.

Boone has spoken to Judge

Yankees manager Aaron Boone said Monday he has spoken to Judge this offseason, mostly to check in on him and his family, but also to do some recruiting. “I can make a case in my mind, like, ‘Of course, he’s coming back and we’ll get there.’ But you never know with these things. I’m trying not to allow myself to get…