How does the MLB Draft lottery work? Results and more from Tuesday’s inaugural drawing 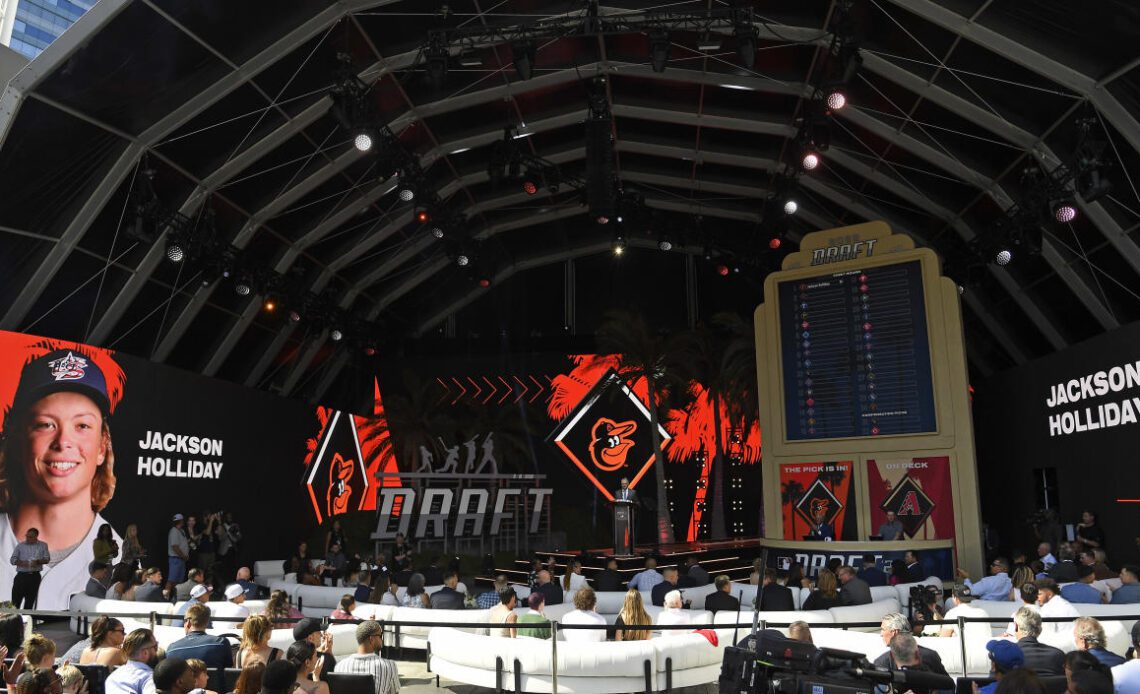 The MLB Winter Meetings are always an offseason-defining burst of rumors, signings and trades, but this year, there’s a new event in the mix that has long-term implications. As part of the collective bargaining agreement that ended the lockout prior to the 2022 season, the league and the players’ union agreed to add a lottery system to set the top picks for July’s MLB Draft.

Designed to disincentivize tanking, the lottery gives each of the 18 teams that missed the playoffs a chance of getting one of the top six picks. Prior to this season, the draft order was set by reverse order of record — with the occasional addition or subtraction of compensation picks from unsigned selections or free agents — and was known pretty much the moment the regular season ended.

The lottery system will be familiar to fans of the NBA or NHL, leagues that also give all their non-playoff teams a chance at the top pick. Although more teams are involved, baseball mirrored one key element of the NBA’s setup: The teams with the three worst records all have the same chance at the No. 1 pick. This year, that means the Washington Nationals, Oakland Athletics and Pittsburgh Pirates each had a 16.5% chance of landing the top overall selection, which came to fruition for the Pirates.

The first drawing took place Tuesday during the winter meetings in San Diego. Here’s everything you need to know about the inaugural event.

What are the results of the draft lottery?

Here’s how the lottery shook out, with the Tigers, Rangers and Twins among the notable risers and the Athletics taking the most significant fall.

Editor’s note: The remainder of this story was originally published Monday, prior to the MLB Draft lottery.

When is the new MLB Draft lottery show?

The lottery reveal adds another entertainment element to the growing realm of prospect focus in baseball. The MLB Draft was moved back about a month starting in 2021 — from June to July — to coincide with All-Star Game festivities. The 2023 iteration will be held in Seattle.

What will the show look like? Are there ping-pong balls? Are there envelopes?

One thing you might notice right away: there will be a new face representing MLB.