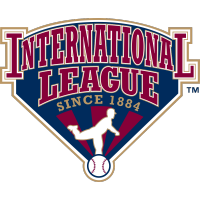 BEST PROMOTION or EVENT – St. Paul Saints, Marathon Sunday Runday During a Sunday afternoon game in May, the St. Paul Saints executed a promotion that included a feel-good comeback story, a first-of-its-kind promotion and a charitable component all in one with the “Marathon Sunday Runday.” Seigo Masubuchi is a staple at Saints games, where he has a cult following for his between-innings promotion “Singing with Seigo” where he sings a song based upon the theme of the night, something he has done for more than 20 years. Seigo is also an avid marathon runner, having finished over 90 marathons, including the Boston Marathon. Prior to the pandemic, the Saints planned to have Seigo run his 100th marathon at CHS Field. Sadly, Seigo was sidelined with COVID and hospitalized again for a serious heart issue, putting his running on hold.

Fast forward to 2022 with Seigo healthy again, and the Saints held their annual Running of the Pigs races. This includes three separate runs: Kids Race, 0K, and 5K. The Kids Race was a simple lap around the field, and the 0K was a new race where racers sign up, get a T-shirt, stand at the starting line, the starter gun goes off and the race is over. The “racers” then enjoy their cold beverage of choice while rooting on the 5K racers. Once the Running of the Pigs races were over, it was time for the main event of the day, where Seigo Masabuchi would run a marathon at CHS Field as a Saints game was taking place.

The marathon was officially certified and was named the Rebecca Veeck Marathon Course at CHS Field, named after Saints owner Mike Veeck’s daughter, who passed away in 2019 from Batten’s Disease. Seigo was also running to help raise money for the Batten Foundation and fans could give a donation or donate money to run a lap with Seigo. The course was 84 laps around the concourse of CHS Field. In the end, he raised more than $5,500. Stanchions and course marshals were placed around the concourse so fans wouldn’t impede Seigo’s running. In order for Seigo to finish during the game, he began about 90 minutes prior to first pitch and managed to throw out the ceremonial first pitch from the track and still do his normal “Singing with Siego” promotion, performing “Born to Run.”