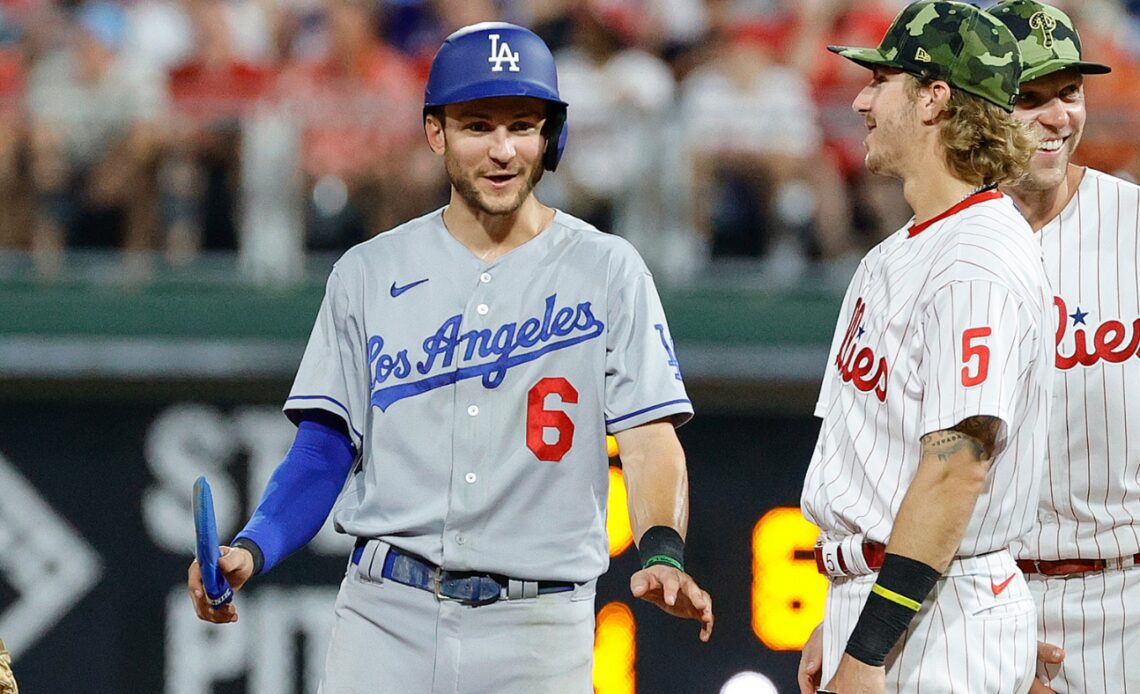 The Phillies made a big splash on Monday afternoon with the signing of free agent shortstop Trea Turner to a reported 11-year, $300 million deal. The initial reaction from here is that he is the perfect fit atop that powerful lineup.

Last season, the Phillies ranked fifth in the NL in on-base percentage, OPS and runs while sitting fourth in home runs and third in slugging. We all witnessed the upside of the offense, as they slugged their way to Game 6 of the World Series before falling short against the Astros. The main issues were the bottom third of the lineup, at times, and the lack of a true leadoff man.

Kyle Schwarber was the leadoff hitter and while he was great in the NLCS and World Series, he’s not a prototypical table-setter. In the regular season Schwarber had a .323 on-base percentage, which was above the league average of .312 but probably a touch lower than a top-tier team desires from the leadoff spot. He also led the majors in strikeouts (200) and topped the NL with 46 home runs.

The bonus with Turner, of course, is that he doesn’t have to leadoff. He didn’t last year. He was the three-hole hitter for a team that won 111 games. He had 39 doubles, four triples, 21 home runs, 100 RBI and 101 runs. He’s an all-around superstar. With Turner essentially replacing Jean Segura in the Phillies lineup, he makes them more powerful and could fit in the middle of the order, should they choose to go that route.

Turner fits best at the top with this Phillies lineup, though. Let’s run it down.

The Phillies probably aren’t done adding impact players this offseason, but once they are at full strength, the lineup will be more well-rounded next season. Once Bryce Harper returns from his Tommy John surgery (probably some point in June or July — the team says around the All-Star break), here’s a general outline of how manager Rob Thomson might draw it up:

There’s serious potential there with that group. We know what the likes of Turner, Harper, Realmuto and Schwarber can do. Hoskins is much better suited for the five-hole than any of the top four spots…