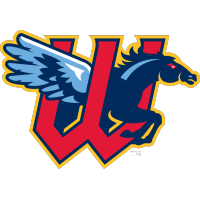 Wichita, KS – The Wichita Wind Surge today announced that it has entered into an agreement to sell the team to Diamond Baseball Holdings (DBH), an organization that owns and operates select minor league clubs affiliated with Major League Baseball (MLB). The club will remain in Wichita as the Double-A affiliate of the Minnesota Twins.

After returning affiliated baseball to Wichita and building the state-of-the-art Riverfront Stadium, the current ownership group has tapped DBH to acquire the Club and continue optimizing the fan, player and community experience. With a growing portfolio of minor league baseball Clubs comprised of Single-A, Double-A, and Triple-A affiliates in markets across the country, DBH works to combine local passions and priorities with national reach and scale, applying cutting-edge digital baseball technologies as well as new value-generating opportunities in partnership with MLB.

“On behalf of the Club’s owners and in memory of my husband Lou, who championed a vision of the Wind Surge and the stadium, we thank the city of Wichita for its support and passion over the past four years,” said Jane Schwechheimer, General Partner of the Wichita Wind Surge. “The Wind Surge are in great hands with the DBH team. We are confident in the DBH team’s continued commitment to Wichita and to fulfilling Lou’s legacy of maximizing what Riverfront Stadium can mean for the community for generations to come.”

“DBH is thrilled to continue building and enriching the meaningful connection between the Wind Surge and the Wichita community,” said Pat Battle, Executive Chairman, of Diamond Baseball Holdings.

“By elevating the experience that fans know and love, and by further activating other events at Riverfront Stadium to provide opportunities to engage the city and drive additional value for fans, players and local businesses, we are excited to deepen the Wind Surge commitment to Wichita,” said Peter Freund, CEO of Diamond Baseball Holdings.

The transaction is expected to be completed before the end of the year, subject to standard consents and closing conditions, including approval of the transfer of the Riverfront Stadium Facility Use and Management Agreement from the current Wind Surge ownership to DBH.